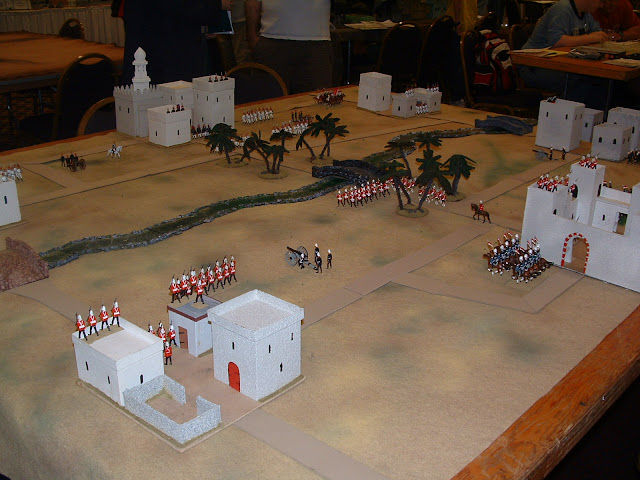 Over view of the battlefield.

Here are some shots of a game staged by Dick Larsen at Enfilade 2006 in Olympia Wa, USA.  The figures are 40mm glossy toy soldiers. Some are homecast including figures based on Britain's W Range (and some original Baluchs by me) but also original Scrubies. The game was set up as per Shambattle, the rules were a very simple set inspired by Morschauser's How to play Wargames.  The game was fast and furious (roughly 10 minute turns). Oddly enough, with the rules being so simple there was no where for the players to hide and they had to rely on tactics and a sound battle plan to win the day. 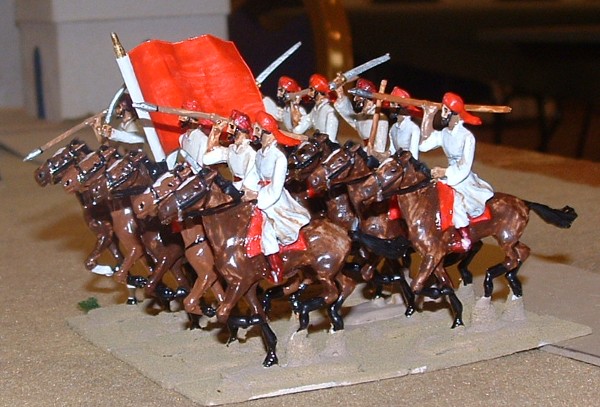 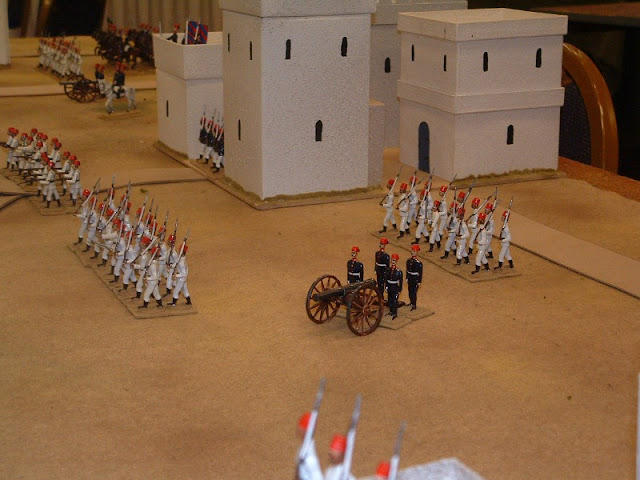 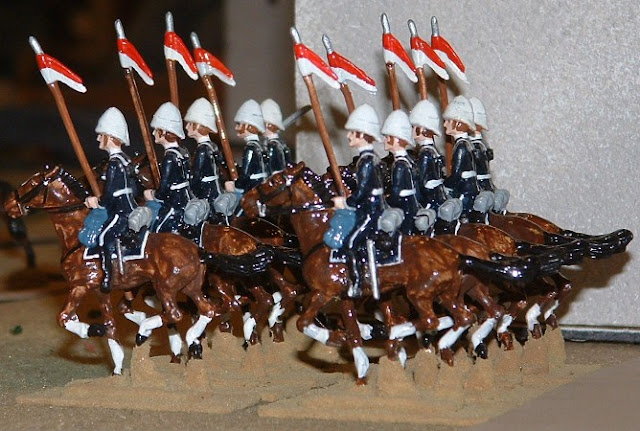 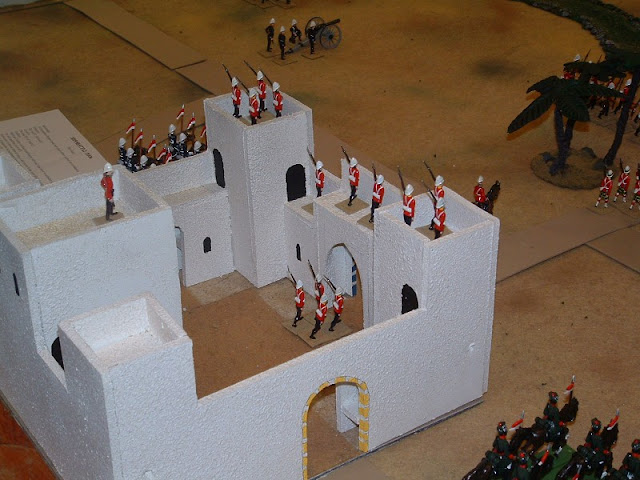 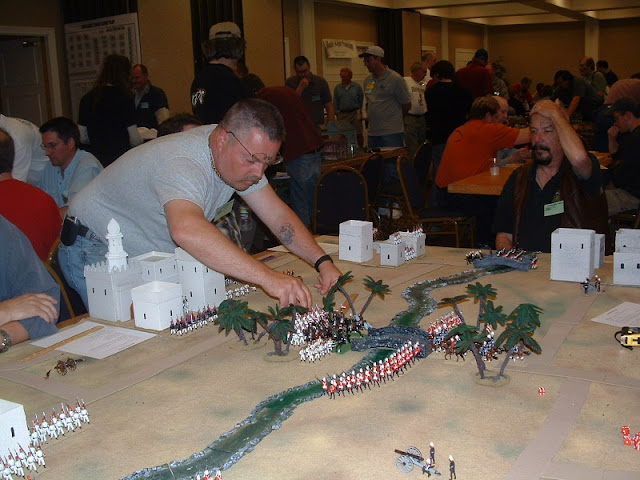 In the centre, the British cavalry which has seized the Bridge, is being swamped by Tom Nolan's Egyptian infantry under Richard's watchful eye. The British cavalry was driven off but a prolonged firefight resulted in the destruction of the Egyptian centre.
On the right, the Baluchs are storming over the bridge to seize the left hand Egyptian town.eral attempts to capture the bridge (ultimately successful, but not yet). 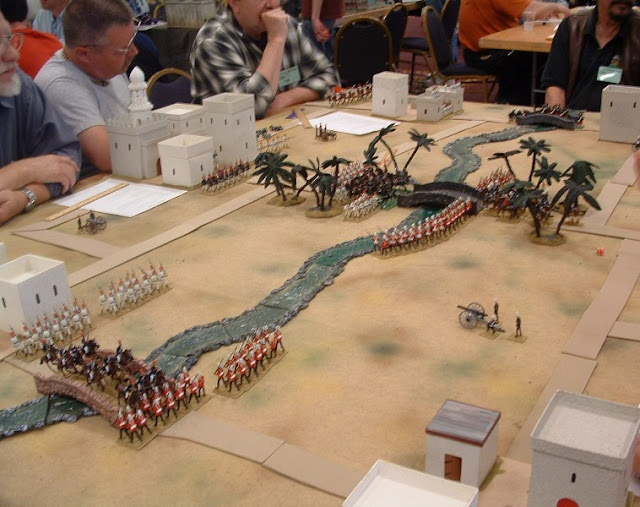 On the left the Egyptian cavalry is starting the 1st of several attempts to capture the bridge (ultimately successful, but not yet) 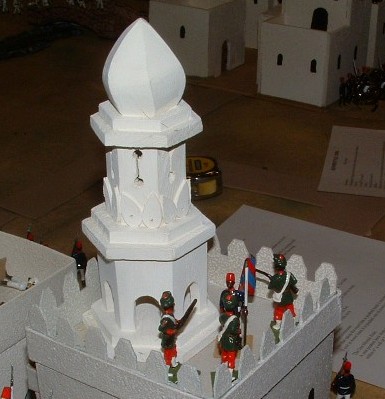 End of day: the Baluchs capture the enemy Citadel. (OK this was a staged shot but the lads did capture it.) The Baluch's are my original figures (sculpted and homecast)

Ross Mac rmacfa@gmail.com
Born and raised in the suburbs of Montreal, 5 years in the Black Watch of Canada Cadets, 5 years at the Collège militaire royal de Saint-Jean followed by 4 in the navy. 25 years with CPC in IT simultaneous with 23 years running a boarding kennel. Inherited my love of toy soldiers from my mother's father. Married with a pack of Italian Greyhounds and 3 cats. Prematurely retired and enjoying leisure to game, maintaining our 160 yr old farmhouse and just living.
Home
Subscribe to: Posts (Atom)