A Man-At-Arms for All Seasons 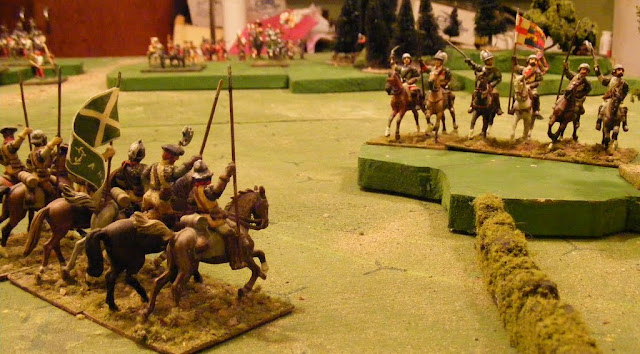 The Early 16th Century is one of those periods that is on my Short List if I ever had to choose just 1 wargame period. It has all the attractions of what Morschauser called the Shock period, pikemen, archers, 1/2 naked barbarians with big swords, axes shields and  javelins (yes those would be my ancestors on my father's side) as well as the classic Knight in Shining Armour. But it also has the muskets or arqubuses and cannon and the professional soldiers of the Horse and Musket period. It can also give some of the Classic East meets West,  exploring the unknown, and technology meets tradition of Colonial gaming when Turks and Cossacks are thrown into the mix, not to mention Aztecs and Cannibals as Europeans cross the Oceans to the Americas and Africa.

Its also a period that I have rather neglected for the the last 2 years. In part, that is because rather than seek out just one period, I have been tackling aspects of all those other periods, which makes it a bit redundant. 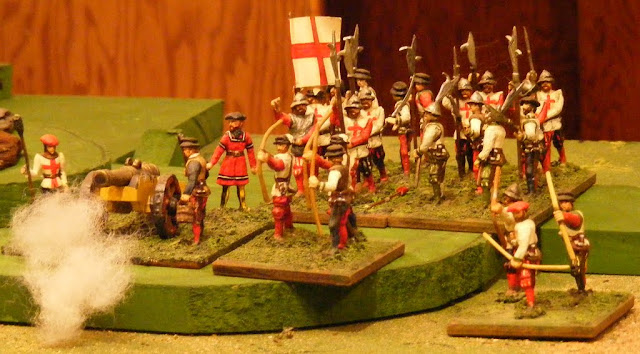 Bills, Bows and Cannon. The English guard the gap. A mix of converted homecast figures and my own original homecasts with 1 lone Irregular. The English gunner in red is actually a Prince August semi-flat 18thC gunner with one of my fully round heads. The head seems to make a big difference to how these fit in.

This is the third 16thC Scottish wargame army I have built. The first one, from my college days,  was based around a Heritage (supposed) fantasy range taken directly pose and all from Almark's book on Flodden. Then during the 80's, a friend, (you KNOW who you are), knowing I had 25mm Scots,  started on Henry VIII's army in 15mm. Now, its hard for a Scot to see an English army left without opposition so I raised a 15mm army based on Pinkie. How I then found myself sculpting 40mm 16thC Scottish and English troops while this century was just getting its legs, is another tale. Old habits possibly. By rights, I should have been by sculpting 16thC Turks to face Rob's Imperials. However, the 1547 Haddington campaign was the first step and now I have small English and Franco-Scots armies.

Having only a smallish Scottish force and only slightly more English, while both Rob and I can now field Landsknechts and Gensdarmes,  the next logical step was Henry VIII in France.  For some reason, since deciding on that course 5 !! ??? years ago, I have produced a grand total of 2 painted Gensdarmes and 2 1/2 painted ones, 8 Landsknechts, and 3 sword & bucklermen. I think more games are called for, nothing like playing a game to inspire painting. I'm hoping that our combined forces will take the field at Huzzah in May. 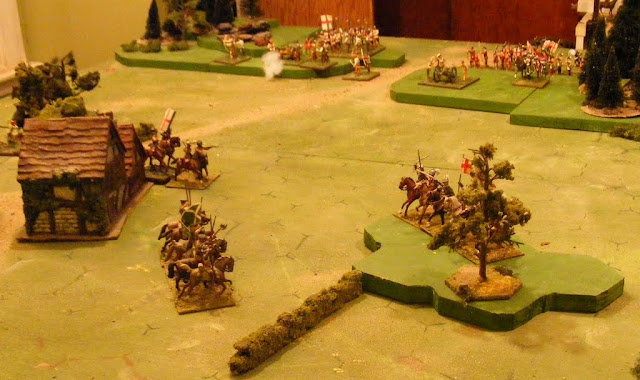 Seemed a shame to tale down the table after only 1 game.....