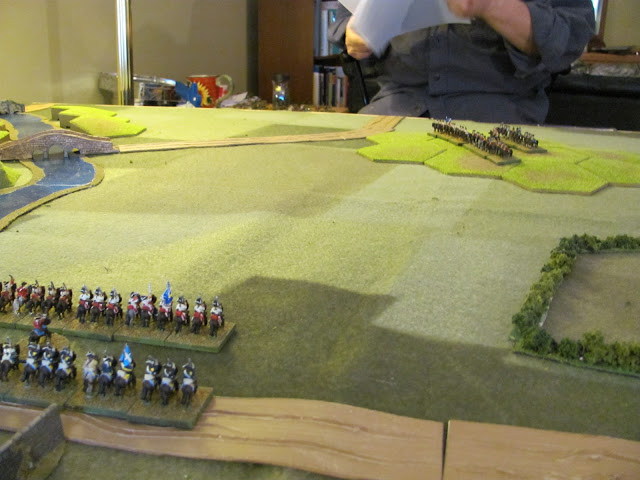 The Highwater mark of the Battle. On Turn 2 my cavalry arrives and seizes the Central Hill.

On Saturday I accepted an invitation to give the latest rendition of Hearts of Tin an outing with Lentulus's 10mm mid-18thC armies.  I won't bore every one with minor details of how the battle went like what happened to my cavalry in between the picture above and the one below. Amazing though how 10mm cavalry look so much farther away than they really are? Who knew that if I went first and wheeled to face the unseen brigade on my left, but had 1 unit refuse orders, and his cavalry then advanced a full move, that  they would be within charge reach and if they won the initiative on the next turn that they could charge my flank before I could finish my careless fancy maneuver? Who wrote these rules anyway?

Lentulus has posted  a battle report and more pictures  here. 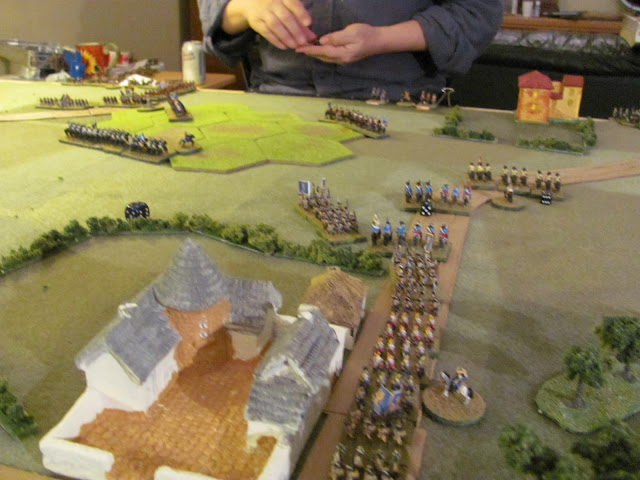 Mind you, there was still hope at this point in time. It takes more than 1 blunder and a few unlucky/luckily rolls to lose a game of Hearts of Tin.

I was pleased once again with how the rules played. (actually these were quite close to what we used last time, only my own troops having been subjected to the intervening wilderness wanderings,) I did find one or two more unwritten or improperly written rules and 1 or 2 minor tweaks suggested themselves during play (for example, as I suspected during my last ACW outing, allowing the artillery 2 dice instead of 1 has made them too powerful). These have now been incorporated and  Google Docs   has been updated as per the link to the left. 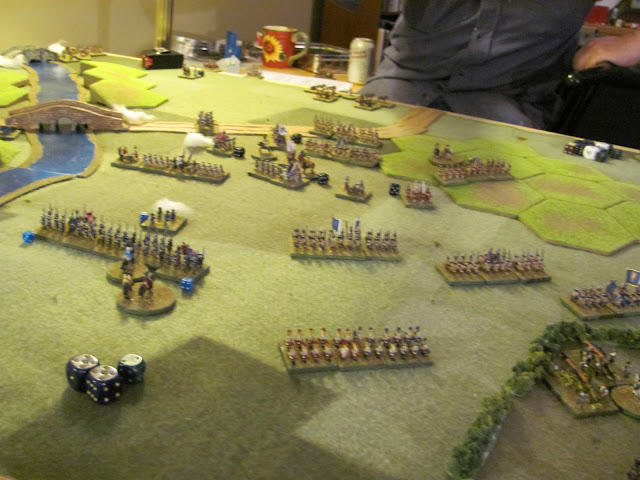 But, I was up to the task. Two more blunders, more smart maneuvering by my foe  and some very average dice later.....