They've Still Got It!

Excerpt from "The Defended Border" by H. MacDuff.

"When Major Saur  offered to raise and equip a squadron of cavalry recruited exclusively from retired British veteran cavalrymen, there was some skepticism about the value of old parade soldiers on the modern battlefield but the action at Round Lake Narrow put an end to that!"

"Early on the morning of the 7th of June a dense fog hung over Round Lake blocking the view but scouts reported that while the enemy had erected a formidable abatis along the edge of the woods to the East, rendering it effectively impenetrable to the Canadians, there was a clear path to the West of the Lake leading to the open enemy flank."
" General Douglas' plan was to pound the invaders with his artillery, use his Highanders to mask the woods and form a reserve, flank him with his cavalry and then push up the center with the Hochelaga Fusiliers and the Foot Guards." 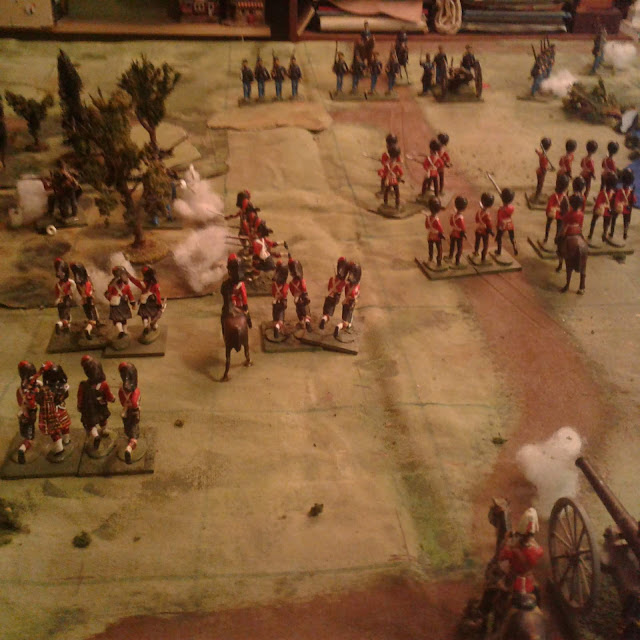 "As happens all too often with volunteers, the men and their officers were too eager to get to grips with the enemy despite the General's plan. Soon the Highlanders were stung by accurate rifle fire to throw themselves upon the abatis and attempt to drive off the enemy. It earned them a short reprieve but at a heavy cost in casualties.

In the centre the Guards, impatient with the apparent lack of effect from the artillery barrage pushed forward with out orders and ran into a hail of cannister and rifle fire. The Douglas was forced to order his cavalry to charge in hopes of relieving the pressure on the infantry." 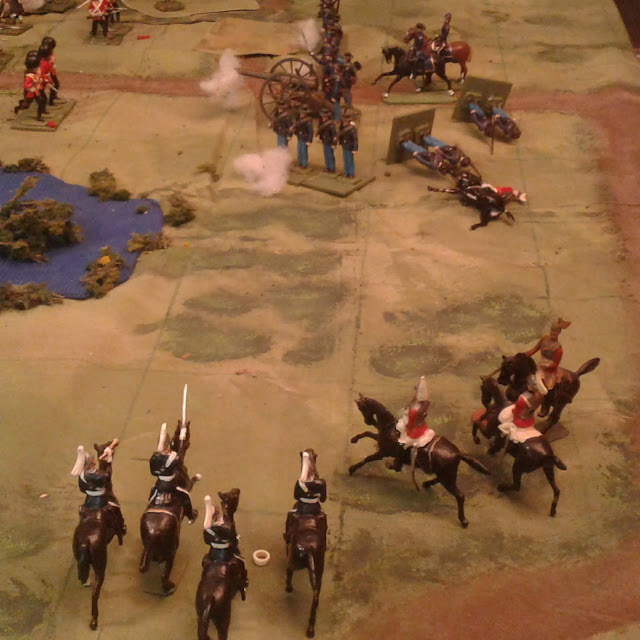 "The first charge, by the Governor General's Bodyguard, was repulsed  but the Queen's Pensioners, breastplates shining, smashed the enemy line scattering one unit and driving the other back." 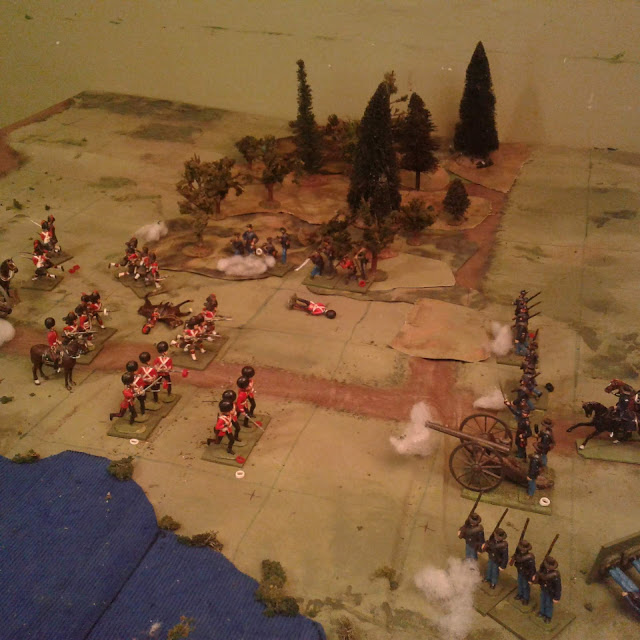 "Elated by the sight of this success,the infantry pushed forward in the centre.The Highlanders, having learned their lesson edged away from the woods and pressed forward to support the remnants of the Fusiliers."
"The invaders stood their ground and continued to pour a murderous fire into their assailants  but were unable to resist the impetuous onslaught of the cavalry from the flank and before the sunset the pass had been secured."