and to all a good Knight (preferably in a play set) 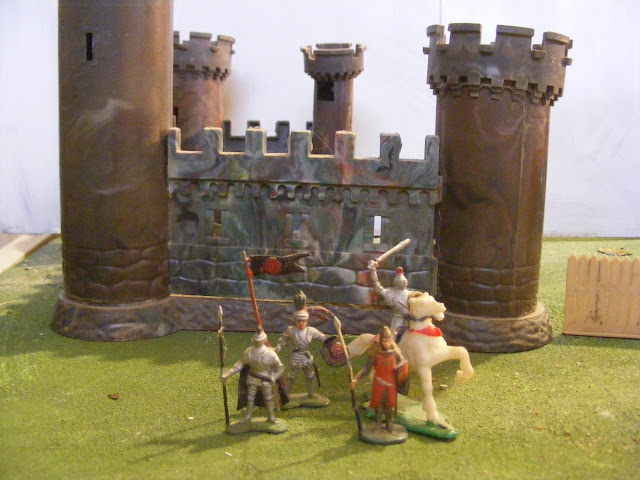 One of the best Christmas presents that I ever received as a child was a 25mm hard plastic, factory painted knights and vikings castle play set from Marx. The castle is a little battered, many of the knights have suffered battle damage and the attacking Vikings long ago embarked on their ships and sailed off
( I bought a box of Orion vikings a few years back because it contains smaller copies of the vikings )
but it still brings a smile to my face. 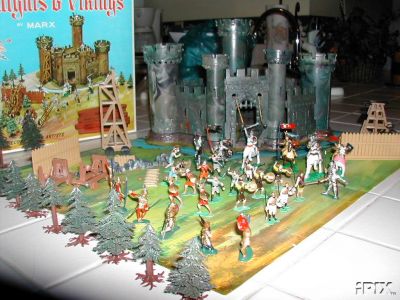 Almost spent a silly amount of money to buy one that came up for sale a few years ago but opted to spend the money on 40mm Elastolin Prince Valiant figures instead. There is a slightly different version available from MTS but the one pictured above is exactly the one I had. Looks like a sortie has  the poor vikings surrounded!
May this Yule bring you all a smile and create warm memories for the future. 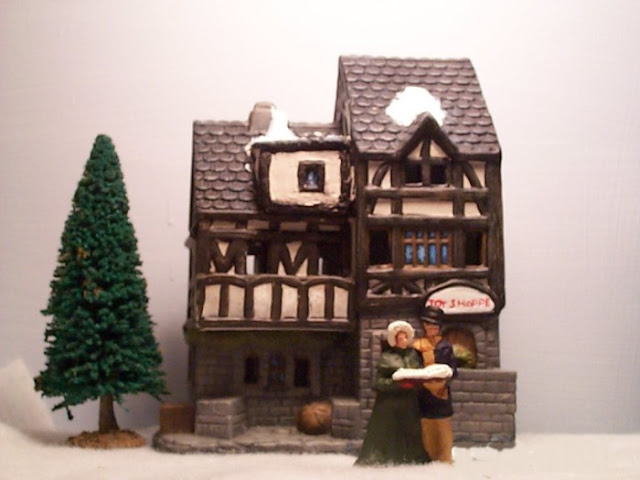 (See some bits of wargames scenery can be useful for all sorts of things)
Posted by Ross Mac rmacfa@gmail.com