Rather than playing musak, here are some shots of a past project, 54mm WWII Partisans that took part in some memorable wargames around the turn of the century but have now joined the lost list of figures listed on ebay for re-homing. Originally planned for Rapid Fire, they ended up being used primarily  for Storm of Steel games. The figures are conversions of Airfix, Irregular, Tamaiya and I can't remember what else.  They are meant to be dressed in a mix of Yugoslav, Italian and German uniforms and armed with a similar mix of weapons including some obviously Japanese ones that have been left in place in Toy Soldier fashion. Some of the attempts at carving various caps into Yugoslav field caps are a little crude as well but they used to fight well on the table.

I was having trouble finding reference material so put a post on rgmh. (this was the 90's after all). One of the 1st answers I got started "When I joined the partisans.."  Another later reply led to a prolonged correspondance with a wargamer in what was no longer Yugoslavia. For a Canadian Baby Boomer who grew up in the Cold War, it was a marvelous experience and was my first real first hand experience of how the web can make the world smaller and of how many helpful people there are out there.

Unfortunately, that correspondence ended shortly after Nato started bombing.  The last email included plans to go out and meet with friends to play an Ancients game in defiance of curfews, bombing and world opinion. I was sorry to have lost that connection and hoped that the break in communication did not mean anything more. Alas, over 10 years, 4 computers and  several email systems later, I no longer even that new friend's name. 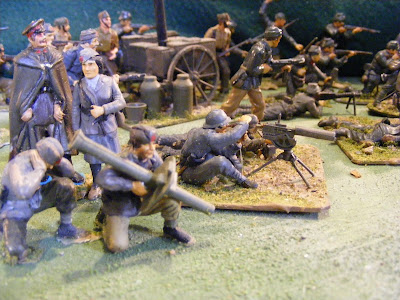 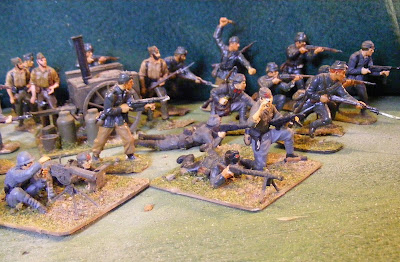 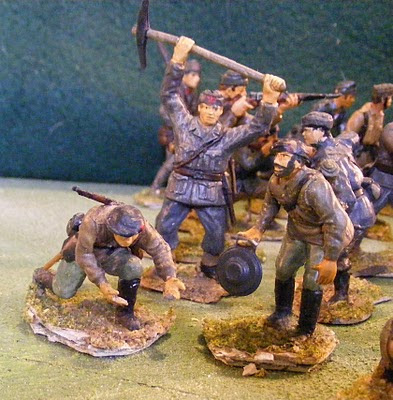 and the last of their opponents
(well, last of the opposition that I owned anyway, Jerry and Ron still have their 54mm WWII forces). 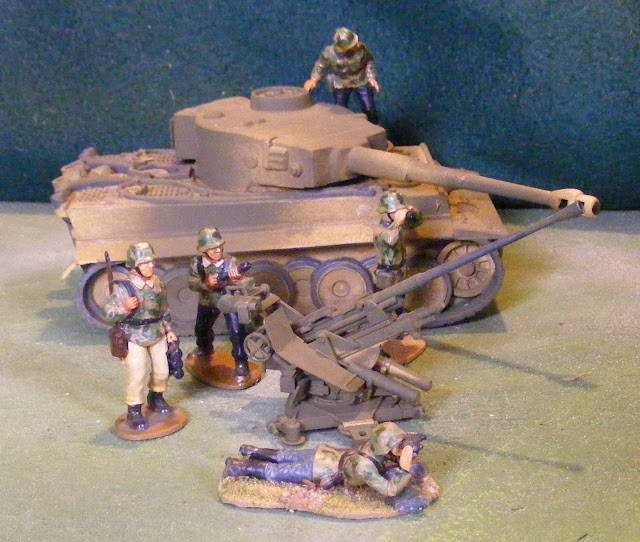