I should have listened to MacDuff.

First off an apology to anyone chasing a ghost post from earlier today. I had posted an early draft of a set of Colonial rules but it fared so poorly in preliminary testing that I have decided to drop it. I was going to leave the post up as a point of discussion but to avoid confusion, I have decided to just pull it.

After some more testing of quite different ideas, none of which were quite right. It belatedly occurred to me to try the current version of MacDuff as it is supposed to work up to the 1880's. Yup. It worked just fine once I added back the Prone rule that seems to have gone missing and made a slight tweak to the Orders Check to make units under fire pay the penalty. I'm not sure yet if that will be a general tweak or a late 19thC  one.  Every thing else worked fine. Next step, sometime this weekend will probably be an Nku khu ambush of a British supply train. 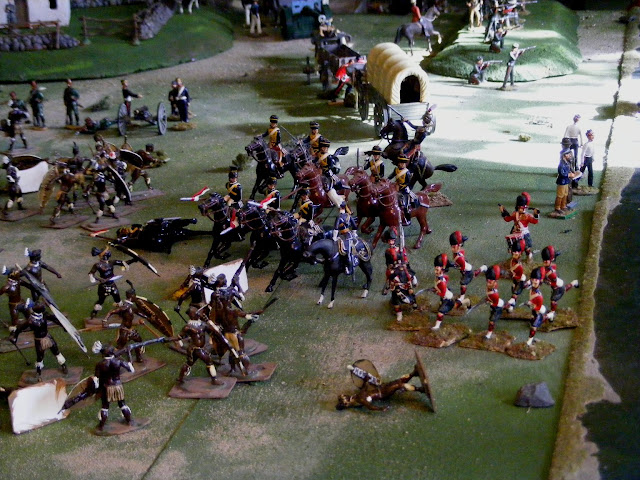 Archive footage of an earlier clash between British & Nkh Khu from 2 years ago.
Posted by Ross Mac rmacfa@gmail.com