Charge!-ing into the New Year

It happens.  Old Longtime wargaming friends get together socially and, being left unattended for too long, an impromptu wargame breaks out. In this case Charge! played with 10mm Pendraken and centimeters instead of inches.


So there we were, Rob (Captain's Blog) was in town visiting family and helping to sort through the wargaming collection of the late Joseph Lappin. I picked up a box of terrain bits, more on that later, and we headed over to Lentulus' (http://enlightenmentimaginings.blogspot.ca) place.

Eventually, the talk started to slow down and the "menfolk"  drifted upstairs to the gamer's library and refuge. It seemed a shame to me that 3 longtime gaming friends who don't often get together should pass up the opportunity to roll some dice so I suggested we break out some of Lentullus' figures.


He suggested his 10mm Tricorne armies and Hearts of Tin which is what the last few games were played with back in 2012 but I haven't played them myself for ages and am now well confused by 18 months of Square Brigadier and didn't want to go there. I countered with Charge! which we had used successfully with the 10's a few years ago and which we had all played back in the 70s. 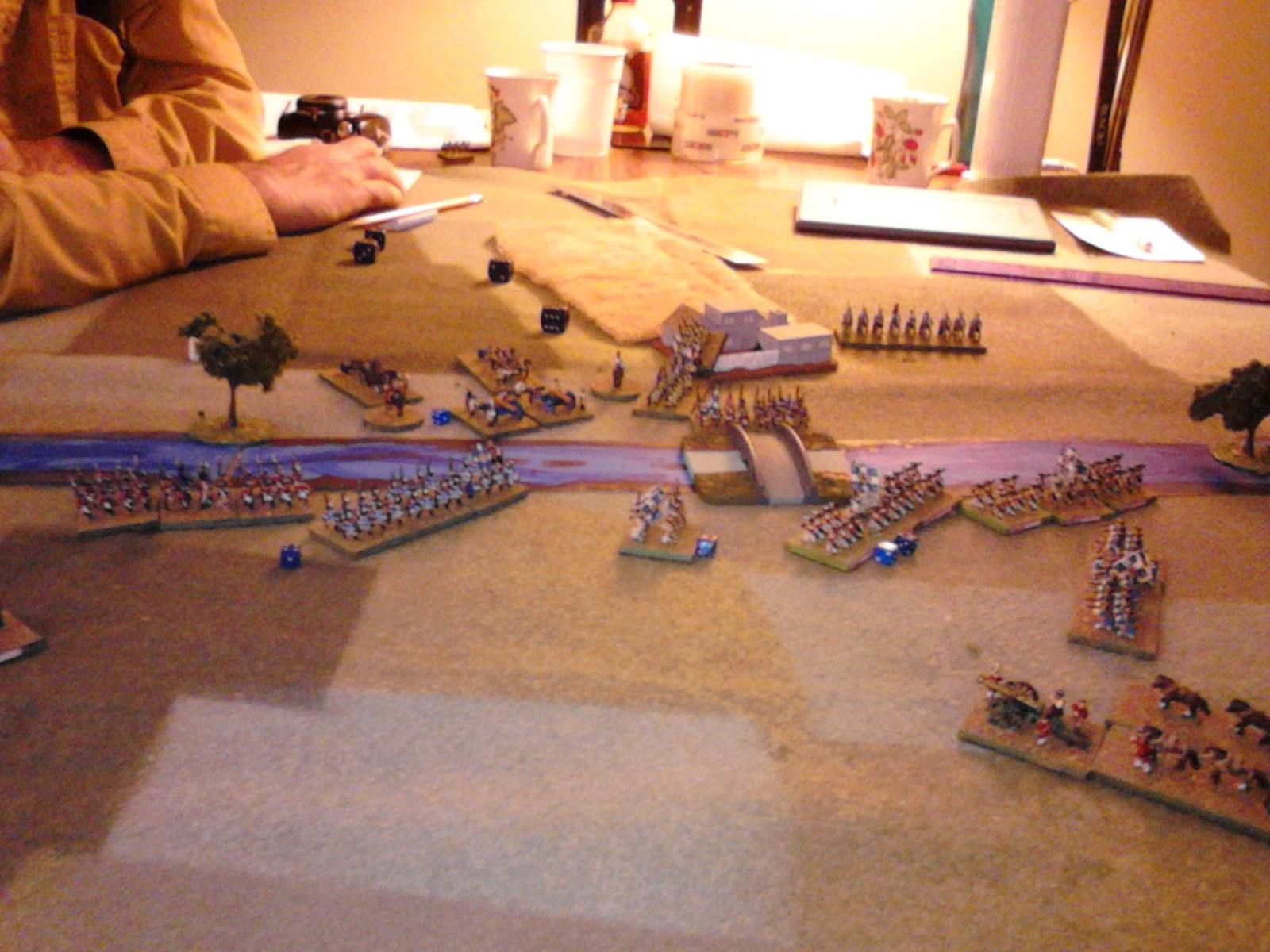 There was no copy of the rules to hand and the figures are multi based  but I've played enough over the last few years to carry the basics in my head and we were all agreeable and able to get past any minor glitches (like the accidental 1st fire bonus when I counted groups of 6 not 8 10mm figures on the first round of infantry fire.)

The scenario was loosely based on Blast Hoft Bridge with each side taking 2 guns and 6 units of their choice. (Units being battalions of 24 infantry and squadrons of 9 cavalry rather than the suggested example ones.) We diced for sides and off we went. Lentulus and I with the  Stutz Baerkatz against Rob and the Bravants (my usual command).

Luckily for us Rob unwittingly selected the Bravant Guards, one of the unluckiest battalions ever painted and they lived up to their reputation. (So its not just me) .

An hour or so later as the firing died down and the smoke cleared, it appeared that the turning point had come early when I had chosen to unlimber sooner, moved my gun 6cm with a 50% chance to fire and suceeded, rolled a 4 to hit his artillery at 40cm range (4 ft range band) and then rolled a 6 to destroy Rob's gun before it even had a chance to unlimber. With such small forces and with our side only needing to hold the bridge, that 1 gun superiority tipped the balance with round after round of cannister. Well, after all, what did Napoleon ask?

Old friends, conversation and a good natured, fun, game. There are many worse ways to pass an afternoon and evening. 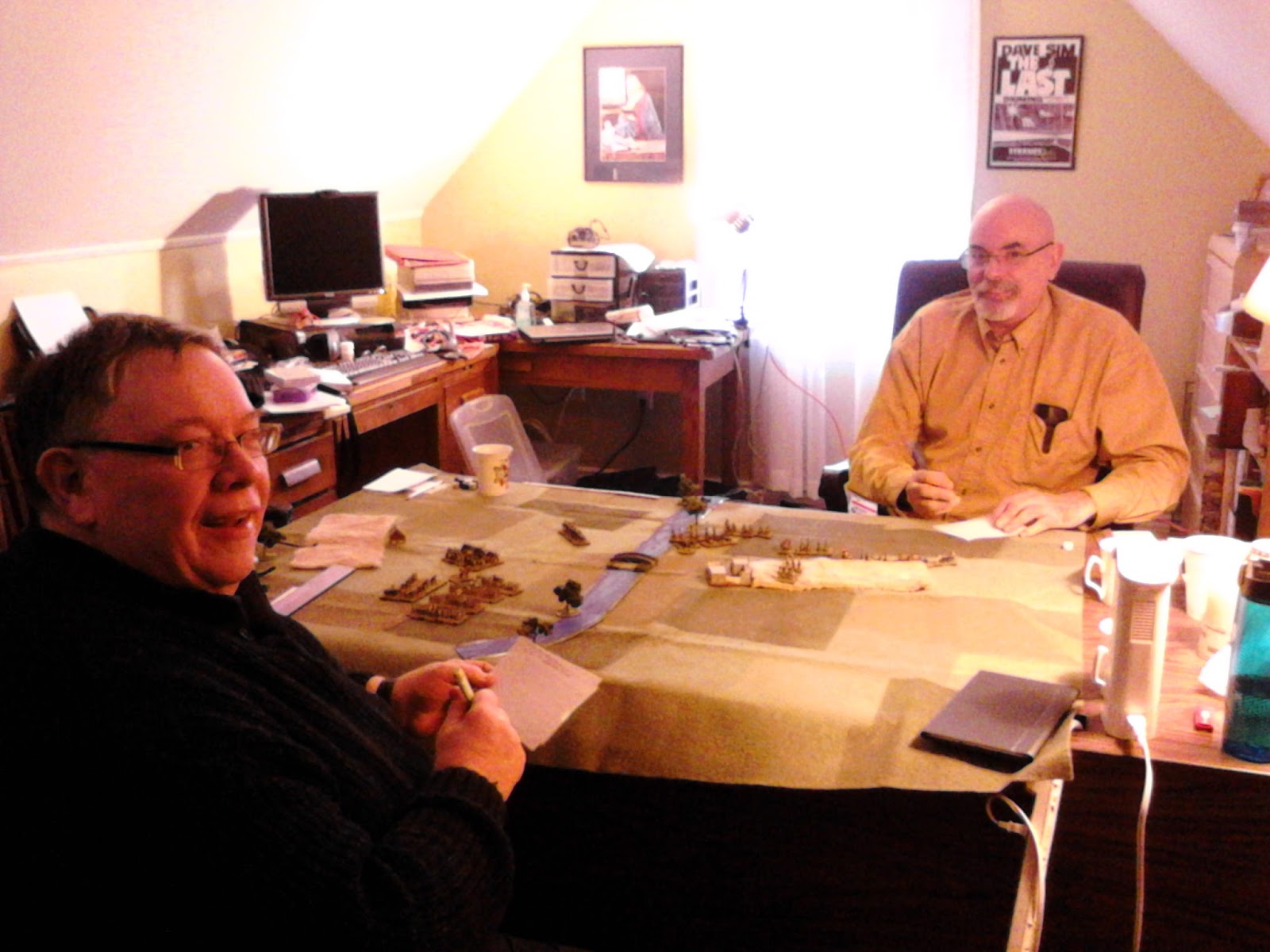