I find to hard to believe but its been five years (!!) since my last liquid rtv mould  of an original figure. ( see getting-mold-y)

Well, this lad has been a while in the making. The head was originally done in 2005  to convert Sash & Saber British into Americans, the naked dolly was done around the same time, the musket just 5 years ago. One of the dollies was dressed and given head and uniform just a year or so again and now, at last, they are ready. 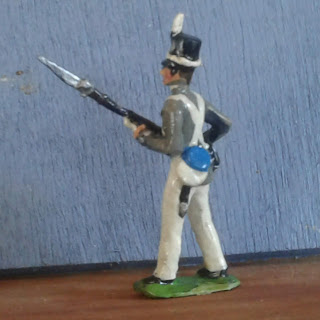 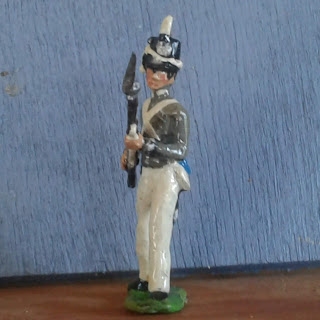 I was just going to paint him straight up in regulation blue faced with red but I've painted enough of that uniform in 54mm and in chunky 40mm and wanted something different. Since I like the grey or drab uniforms I went for that.

Of course, his regiment  will have to fight when and where they are told regardless of their hats.