10 days till I leave for Cold Wars. I know I said I wasn't going to do frumpy militia but they were already cast and I realized that I could use a battalion of light infantry so.... the Pandours have been promoted to light infantry and the Burghers of  St. Stephen have been called to arms. 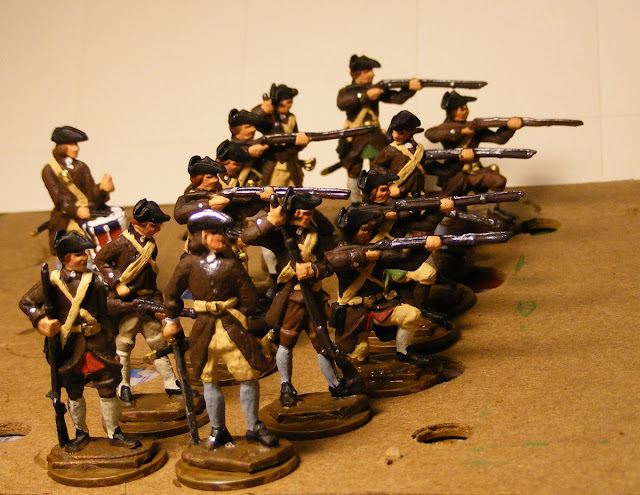 Hopefully I'll have time to cast a 2ns company or the Bavarian Company of the Foreign Regiment may have to be downgraded. I think I'll have to have a flocking party sometime soon. (Damn-me, look at that, I forgot to paint the Captain's hair, quick, pass the grey.)
Posted by Ross Mac rmacfa@gmail.com