For King and Country

War is a horrible thing really, full of suffering, death and destruction. Every once in a while I forget briefly why we've decided that its an ok subject for games. However, I don't feel like writing about it tonight so instead I'll share some thoughts on what I'll be doing with my new shiny toys. 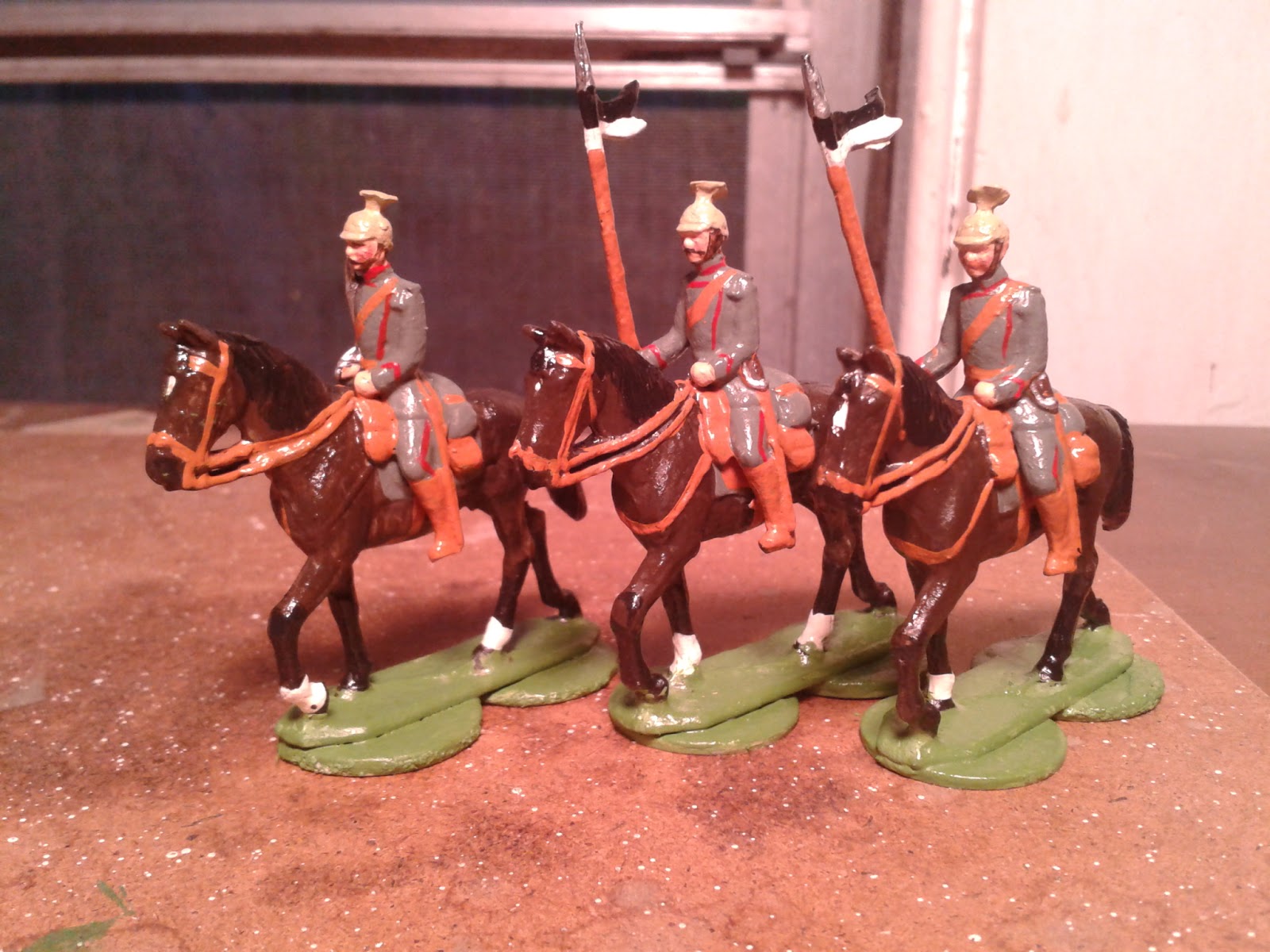 Zinnbrigade Homecast Uhlans converted from parade to service dress. (I found a short memoir by an English nurse in Belgium in 1914 which includes mention of the Prussian Uhlans riding into town with the pennants on their lances, so, I'm good on that score) .  I haven't decided yet if I'm going to try to integrate the washers with the figures' bases but in the meantime they're stable.

On the weekend I tried a version of the Square Brigadier using the Battlecry dice and my Nine Years War figures. The result was ok, a bit Boer War-ish wih added colour,  but once over, it sent me digging into my handful of WWI books and the web. This led me to 2 main conclusions:

Since I don't want to have to paint lots of figures before starting this venture  and don't want to track status on units or be making constant rolls to pin and rally while also tracking casualties, I'm looking at abstraction and compromise.


For example, I was originally looking at each 4 figure unit as a company for my WWI game. If I really want it to be a company it should be able to take multiple hits, be pinned or forced back and yet keep fighting, possibly all day. Making 3 or 4 stands a company would make that easier but then I'd need 3-4 times the troops and more space. If instead I just call 3 or 4 stands a battalion and don't worry about lower details then as long as 1 stand still has a figure left, the battalion is still in action and so on.

Another matter to consider is the grid size. My table expansion has given me a grid two and a quarter times the number of squares in my usual 120 square board. If I only field 12 to 20 stands then it will be a very empty field. The options are to increase force size, make the squares bigger or just use part of the board for some scenarios. For now the third option will do since it leaves the door open. Increased forces could be a possibility down the road, either more stands per battalion  or more battalions as would a change of scene to a less crowded area, the desert perhaps or East Africa? But that is getting ahead of ourselves. Brigade staff group next I think then gunners and jaegers.