Structurally the new table is ready. The rear has legs on sliders while the front rests on sliders on the top of the book case. This will allow me to slide it forward to access the window, something that has been a concern to me.

Tomorrow I will lay down the grid then touch up the paint. For non-gridded games I will probably go back to throwing a cloth over the wooden hills.

Enough about the table, what's coming up for games and painting this winter? All of my chosen major collections have been out this year but all in all its been too choppy and concerned with choosing a path to really get into any of them. This winter I want to focus a little more and concentrate on 3 with occasional short breaks to work on other figures as the urge hits.

My primary focus is going to be on the fictional Oerburg War aka the Colonial Great War adventure, trains and planes and cavalry and machine guns. (and tanks shhhhh) 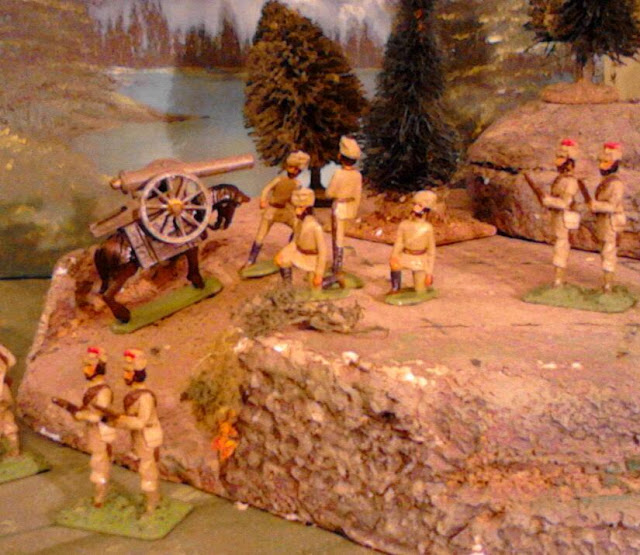 The secondary focus will be on the OSW medieval fantasy, refurbishing old figures and painting new ones including more fantasy elements as well as more testing of rules. This is one of a handful of plans where I have a "finished" target in mind. 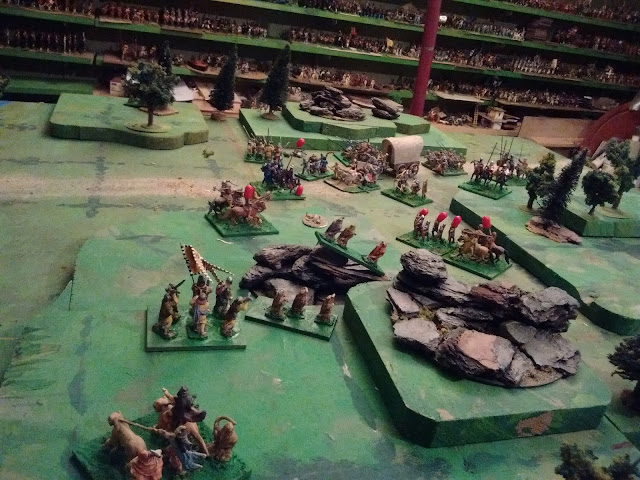 Lastly, after years of dithering and delay I want to get on with refurbishing the old 54's for the proposed Cyprus Hills campaign. The main issue is that I foolishly allowed myself to start in on the same era in 40mm figuring I would just move the 54's on.  Turns out they're pretty sticky on the Seniority issue and are here for the long haul. Since I want to avoid duplication it looks like the planned 40mm equivalents that have been on hold in the queue for 2 years now as well as the painted ones that fit that period  are once again on notice. Unless this winter brings up a good reason to dispose of the 54's, any of the 1870's to 90's 40mm troops will have to be reassigned forward or backward in time. Which is where I was in 2008.

Stubborn rather than smart then. 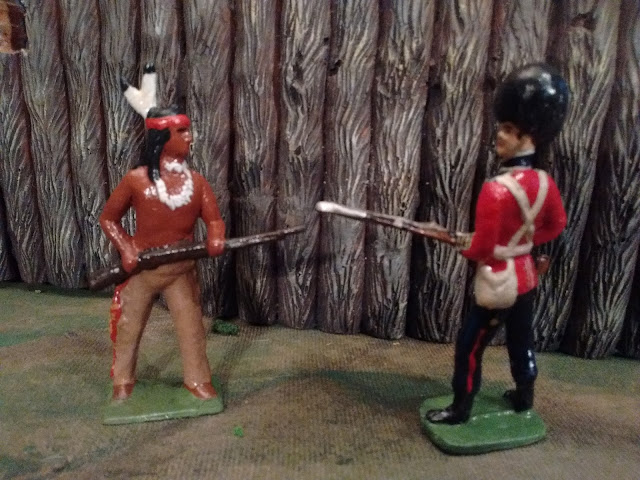 That should allow me to make some progress on troops and terrain, get some mini-mini-campaigns going and still leave room for an occasional impulse game with other table ready troops.
Posted by Ross Mac rmacfa@gmail.com