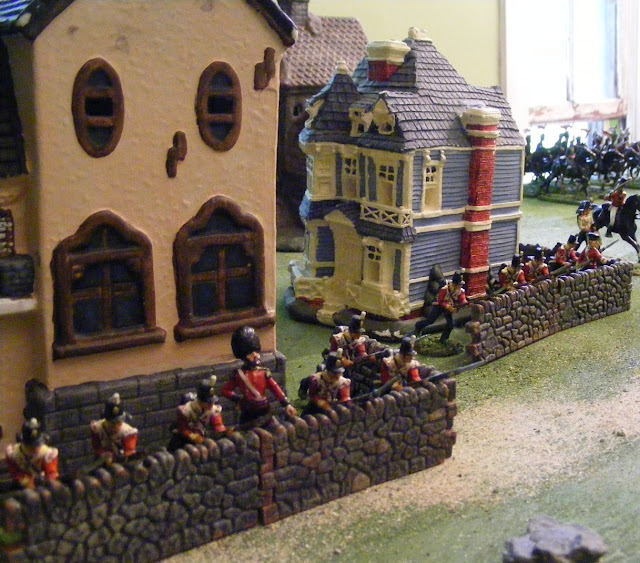 Just finished the 2nd play through with the units the way I envisaged. The US this time had 3 cavalry units each 1 squadron strong, 1 independent, 2 under a Commander, 2 batteries each with a commander, 4 infantry battalions of 4 companies each with a commander and a rifle company commanded by one of the infantry commanders. The British were more diverse. On the left there was a commander with a gun in a redoubt and a company of rifles, in the center an infantry battalion with commander but with 2 detachments occupying buildings. the redoubts were manned by a battery and a 2 company battalion all under 1 commander but split into detachments, a gun and company manning each redoubt. the main town was held by a 2 company battalion under its own commander and in reserve was a 1 rocket horse artillery battery with commander and 2 squadrons of cavalry under a commander. 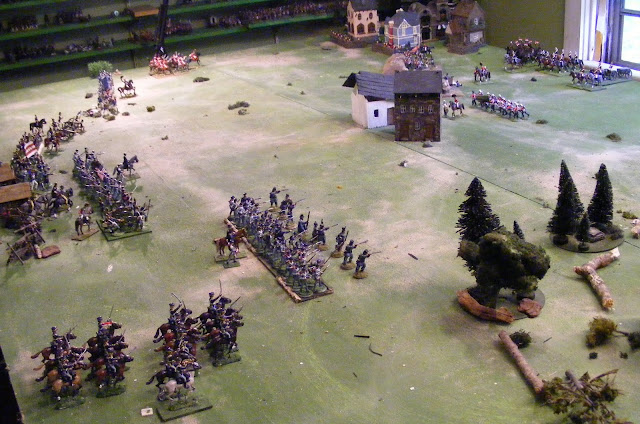 I set a time limit and watched the turns. A nail biter which almost ended early several times but the Americans kept pulling rabbits out of their hats, rallying incredibly well and winning key initiatives. By turn 19 they had firmly occupied the central town and had driven the British out of the town by the river but their army finally broke before the 4th infantry could consolidate after winning the firefight (themselves at 1 figure above being broken!)  The first 12 turns took about 3 hours and I would have called a convention game there. The last 7 turns which confirmed the outcome took almost 2 more hours due to interruptions and fatigue (more due to an upset stomach than the game itself though I need to finish basing and making up infantry trays).

After their performance in the last 3 games, I'm tempted to down grade the Governor General's Bodyguard to militia ('nuff said). The US 1st Infantry, however, are close to earning elite status for their ability to Rally and return to the fray. The US 1st & 2nd Dragoons performed credibly again, the later managing to tie a melee against nearly twice their numbers of Bengal Lancers and avoid going broken by doing so. 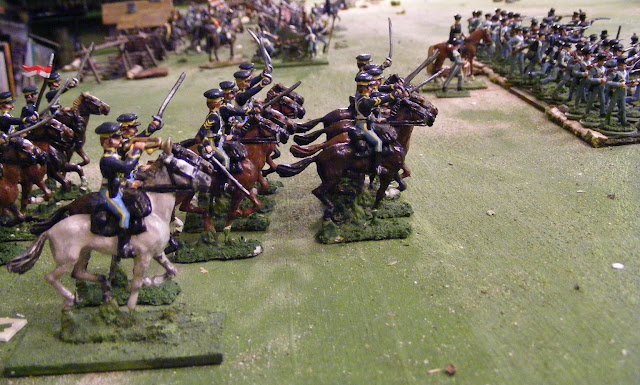 The NY Dragoons, well, just try not to deploy cavalry beyond the general's control,  under a rash commander and in front of a battery of guns. (was there a man dismayed?) 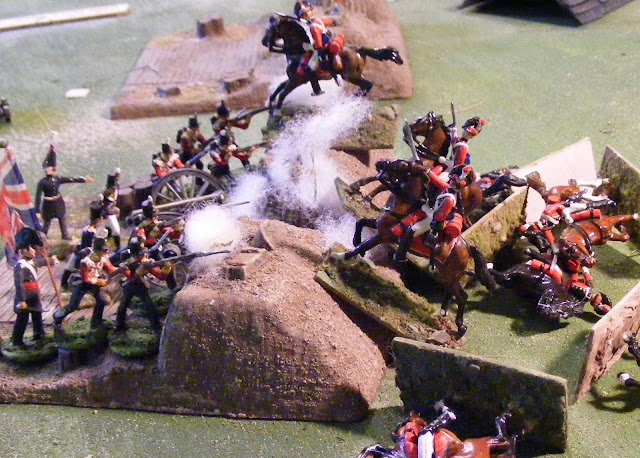 Now I need to set up an ambush of a wagon train and play out a company only skirmish.
The rules as of 3pm Atlantic time http://www.lochsloy.ca/wargames/macduff2010.doc
Posted by Ross Mac rmacfa@gmail.com