Interlude - a look at the work bench

A while ago I showed the dolly for a new unit of home made 25mm ECW Scots. The original 2 figures based on the dolly somehow grew into 30mm figures so with a game scheduled for Saturday, I tried again. 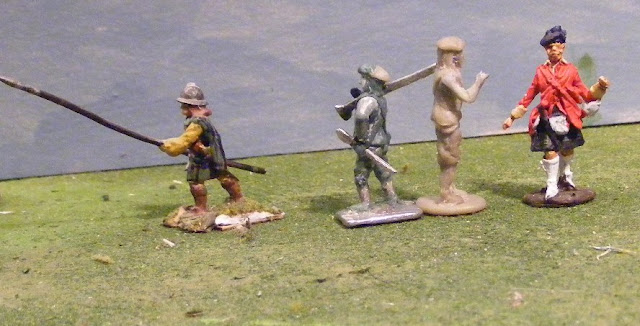 1974 vintage Minifig, my new guy, the 1st attempt, a Stadden 30mm
So one general purpose open handed figure in OS style. The hands and face in particular need work and the sword isn't coming out of the mold yet but I'm pretty happy with them. 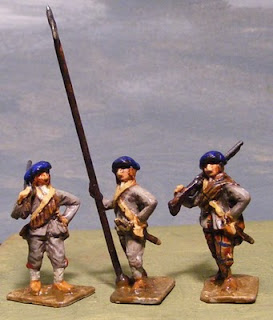 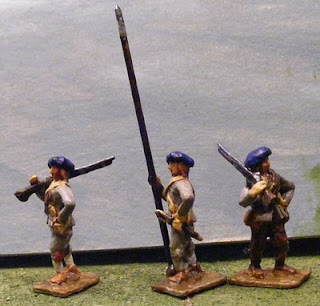 Three variations on the basic figure once cast up. Others have become artillerymen.
THE OREGON WAR

The Zinnbrigade artillery molds are amongst the most useful molds I ever bought. 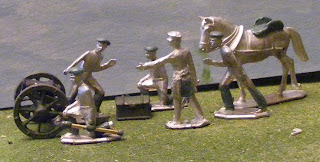 US Mountain Howitzer and 40mm crew.
Yes I know, it should be broken down and loaded on to 3 mules not 1 horse but this is a working toy not a model. The gun itself was cut down from a Prince August 12 pounder with carriage from a Historifigs ACW gun and wheels from a  PA limber. Crew and pack horse converted from Zinnbrigade 1900 Prussians and my own 1840's officer.
Posted by Ross Mac rmacfa@gmail.com