Well, I'm off in the morning. 3 of us in a car packed with troops and terrain, heading South for the spring!

If you're in the neighborhood com'on down! looks like a good selection of games to be played and some options for spending money.

I'll be running the Fort MacDuff game Saturday night and am sincerely hoping someone will come play, having some Blog readers or Battlegames Magazine (now joined to Miniwargs) readers  join us would be even better. I've made provision for extra players in the unlikely event that the game fills so if you've read this just drop by and say "I've heard MacDuff has crossed the Frontier" and I'll slip you in!

The game is only listed for Saturday but if I get 2 or more people committed for Sunday I'm sure they'll give us room to play. 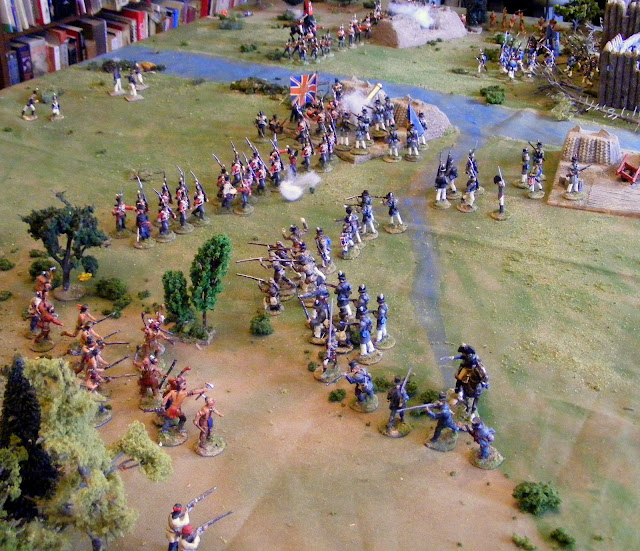 Another shot of the last playtest. The edge of the forest seems to have been trampled into oblivion during the battle or perhaps the Ents shepherded the trees away from harm.

If you do stop by here once in a while, don't be shy, step up and say hello even if its just in passing. Look for me (hopefully)  in the FLW game Saturday afternoon and likely in a 40mm something in other slots or wandering about. Oh and don't look for last year's Druid, my wife caught me walking through her grooming shop when no dogs were in so I've been well trimmed.


Won't promise any remote blog posts from on the road but normal blogging will resume after the weekend with some thoughts on plans for this year and on finally getting the first of last year's hoped for mini-campaigns under way.