Having returned re-invigorated, I was going to do a major review but it didn't take long to realize that the main thrust was "steady as she goes" so I'll leave that for now, maybe I'll pick it up for this year's July New Year's post.

More immediately, the 40mm War of 1812 is here for the foreseeable future but while there are things to do, I'm going to put it away. I'm NOT going to start my own F&IW collection but of course there are many Indians, Canadiens, American Militia and Highlanders from my Acadian War of Independence games  that will fit in to the currently proposed Huzzah 2014 F&IW game.   More on that later but there are 10 Sash & Saber Indians that didn't get their warpaint finished in time for Huzzah so I should take care of them before they go stale and end up rotting in the 1/2 painted queue. 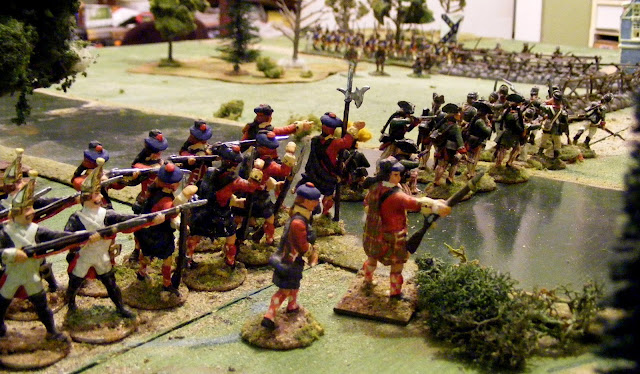 .
There's lots else in the queue but I want to do some more toy soldiers that look like toy soldiers so that's next. I'm just not 100% sure what I want to do with them, something I realized when I went onto the Spencer Smith site to order a 40mm sized 4.7" and friends to go with it. Do I want to do 1899? in what fashion, 1860? steady as she goes with 1842? hmmmmm   OK a little bit of thought on this one. Since 1812 -1837 is cruising smoothly, maybe this is the time to jump to breechloaders or at least Minie rifles. Should I give in to the temptation to carry on with MacDuff in a different era? 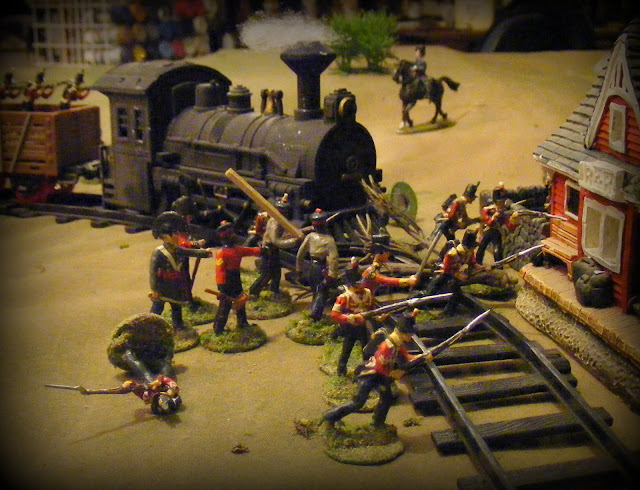 Or, should I perhaps go a different route with the later toys and build for the Square Brigadier? 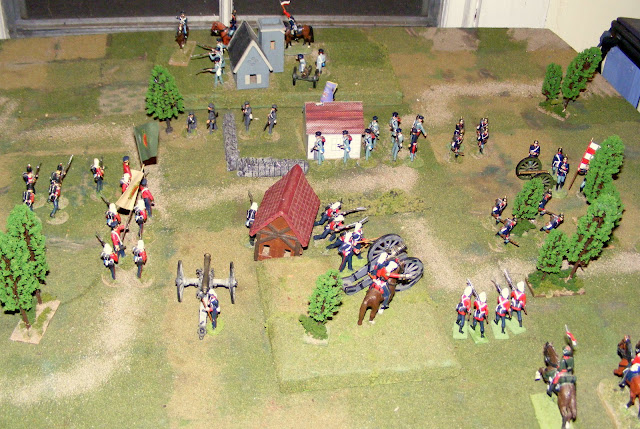 ******
Please note that comment moderation is in use.
Anonymous comments containing links will be sent to spam.
******
Posted by Ross Mac rmacfa@gmail.com