After various interruptions this morning, I finally got the table set up by noon. 24 companies grouped into 6 battalions supported by guns and cavalry. 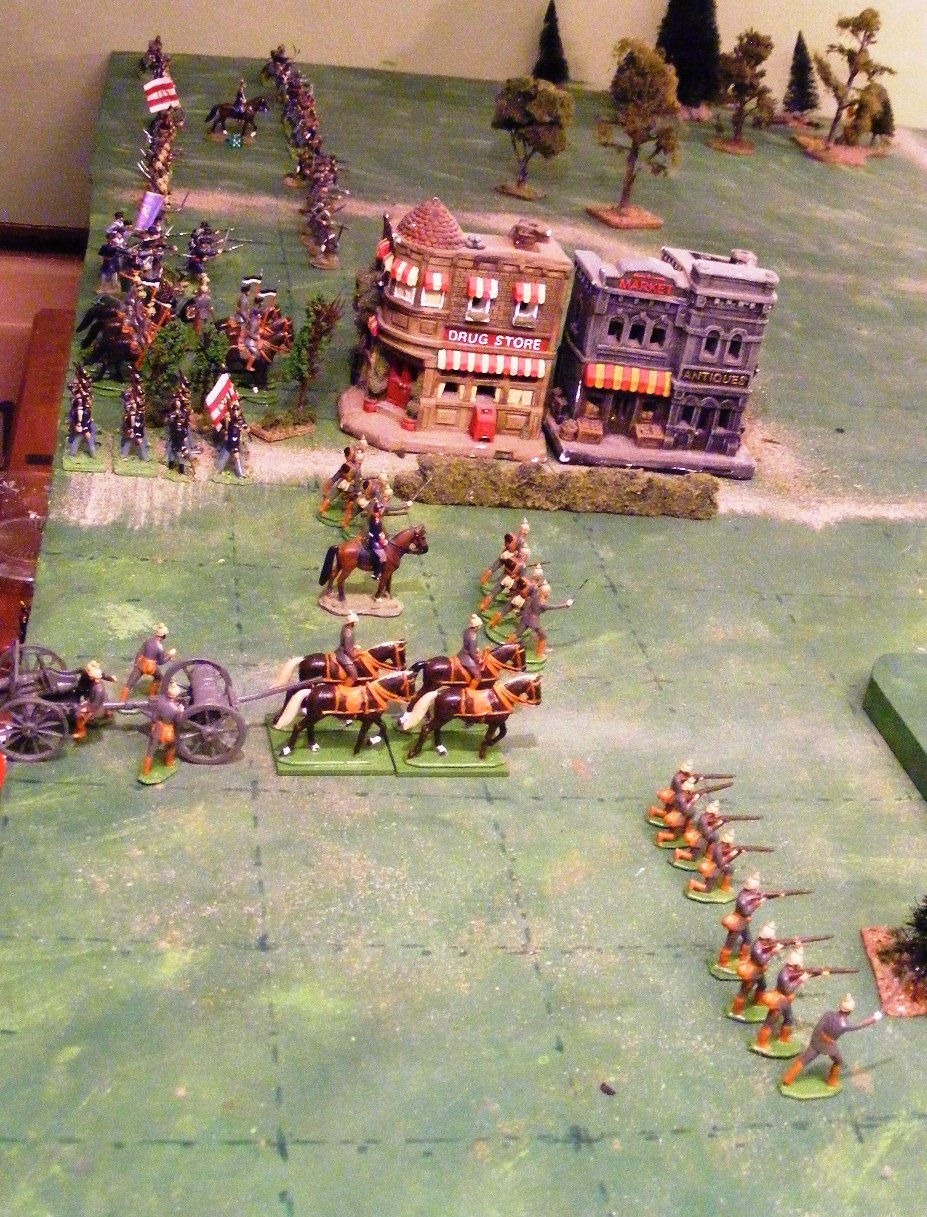 Blue fielded 12 scenario units. The largest scenarios call for 16 or more but already there were wall to wall  troops plus reserves on both sides. This is just what I didn't want to be doing. So I reset to 8 man battalions and decided to allow them to fight to the last man. (Casualties being deemed to included mostly morale failures anyway.) Then I looked again, bite the bullet, and spent the afternoon regridding the table to a 6" grid. This only gives me a 12 x 10 grid but that should be adequate and can be subdivided into 480 x 3" squares later if it isn't. I was going to persevere with a play test but time was up and anyway I am very unsure about the Charge! inspired version. I think a tweak to the Square Brigadier will be more what I really want. (Probably didn't help the cause that I took Bob Cordery's suggestion of rereading the 1885 Polemas Wargame. I'm not going dice free but I like the feel of the sample game described and oddly enough they use a very similar grid scale, units level and ranges as the Square Brigadier uses.

Eight man battalions was not my starting point but I did want at least Brigade level games with a chance at Division level which would be 16 to 32 units at a company level. So, here we are. At least it will let me have identifiable units and a simpler command system vs having 32 companies on table. That will be especially good for the pre drab era armies. So, while waiting for the paint to dry so I could re-grid it, I did a little casting. After I did the Baluch unit for Richard Larsen, I never got around to doing one for myself. I now have 8 castings ready to be filed and primed. I'll probably go for khaki but the green and red that they wore in Egypt is still tempting.