The opposing cavalry brigades may not be ready for inspection but they are ready to do battle. 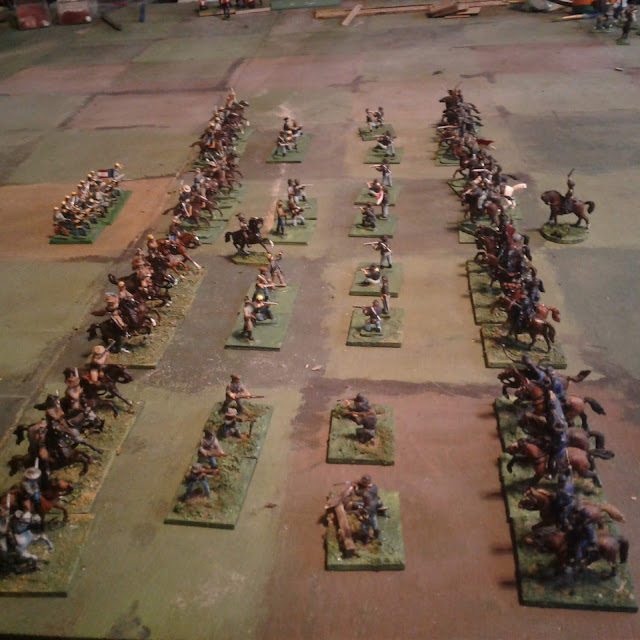 Roughly 1/2 vintage Airfix, nearly 1/2 Italeri and a mere handful of others, a Jacklex Reb Cavalry General, 3 of what I believe to be Hinton Hunt troopers in the Blue ranks and an Airfix cowboy or two.  The infantry regiment of permanently dismounted Reb cavalry,  Kentuckians or toy soldiers by the look of their caps, are all Airfix.

They are all now safely tucked away in their respective boxes. I want to work on writing up some rule ideas that are bouncing around in my head before I send them into battle again.

After some thought, I don't want to disrupt my old 3 stand regiments and do want to be able to field regiments of various sizes and show more tactical detail such as skirmish lines again yet still use the grid for measuring movement and ranges though not for determining unit integrity.

Its a challenge to myself for the winter.
Posted by Ross Mac rmacfa@gmail.com