Painting up the Hanoverian yesterday didn't help as much as I'd hoped though I did get a vibe that it wasn't right for Rosmark or the Maritime Provinces which are currently in rebellion. I was also a bit concerned that if I put all of the new units in the rebel army, I might be tempted to take it and not the Rosmark army south next year which would entail further political disruption outside my borders and leave old favorite units behind. The idea of an alliance is harder to see than previously, things have changed in Rosmark. A contingent for each side might be more likely.

I decided to paint up a British and a Hessian figure to continue to explore the possibilities. First, however, I reviewed the existing forces and was reminded that with 7 different coat colours amongst the 20 companies of infantry (inc grenadiers and lights), the most distinctive feature was that 1/2 of them have red small clothes and last year I tweaked the politics so that all the cavalry, infantry and artillery with red small clothes fought for the King.  (Since 3 rebel units happened to have started life as brown coated militia before they started to fight for Independence while the forces of the King, fighting to maintain Unification have red waistcoats giving them red bellies, I found myself humming "Burn the land, boil the sea, you can't take the skies from me" and muttering "Its not my fault" - those who don't understand that, just you never mind about it.) 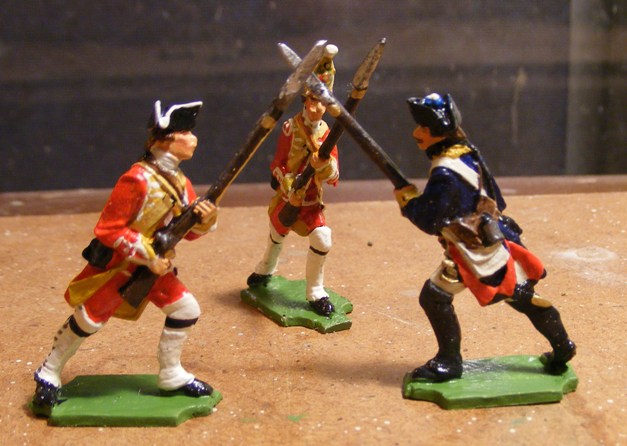 The British troops in the late 1750's  were looking considerably tighter and trimmer than they did in the 1740's and while sometimes buttoning over their lapels with belt over the coat, especially in inclement weather, they often wore the coats open with the sword belt underneath. this made the Prussian infantryman a fair starting point. It was dead easy to trim the mustaches and pigtail and notch the cuffs on the English fellow to be, the Hessian didn't need any work. I didn't worry about details of equipment on either.

I did intend to give black gaiters to both  but by the time I got to gaiters the white undercoat on the gaiters looked good and I remembered that only light infantry wear black gaiters in the Rossish army. At this point the English soldier looked so appealing to me  that keeping in mind  that I don't have room for too many 40 figure regiments, I took a brush to yesterday's Hanoverian and transferred him. I couldn't bring myself to take a file to his painted face so I took a line from Britain's and declared what isn't painted doesn't exist and just painted over his mustache. Doesn't show up in poor light from a distance but I'll always be able to identify the first recruit.

This leaves the Hessians to represent the new National Guard of the Maritime Provinces. 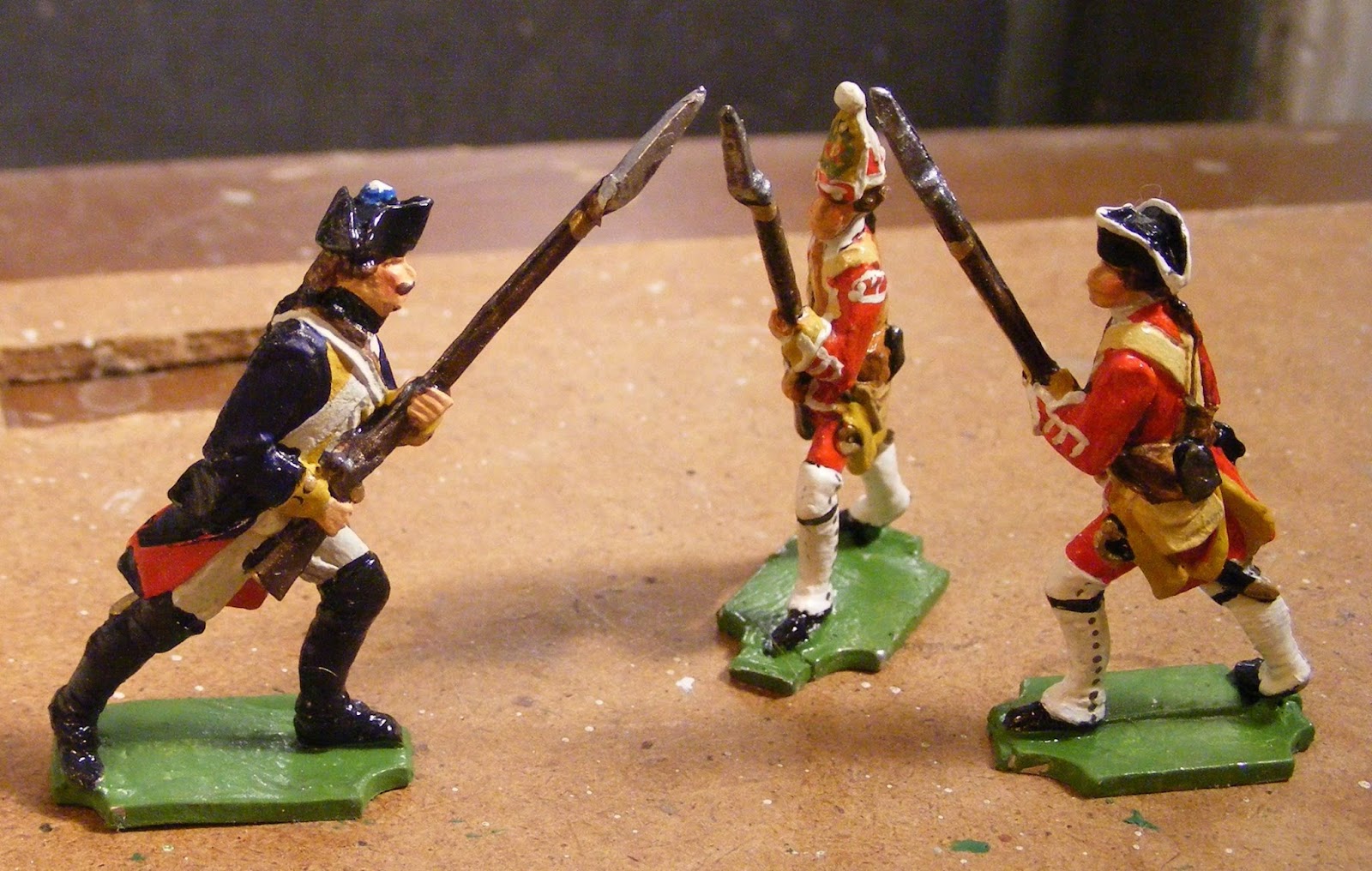