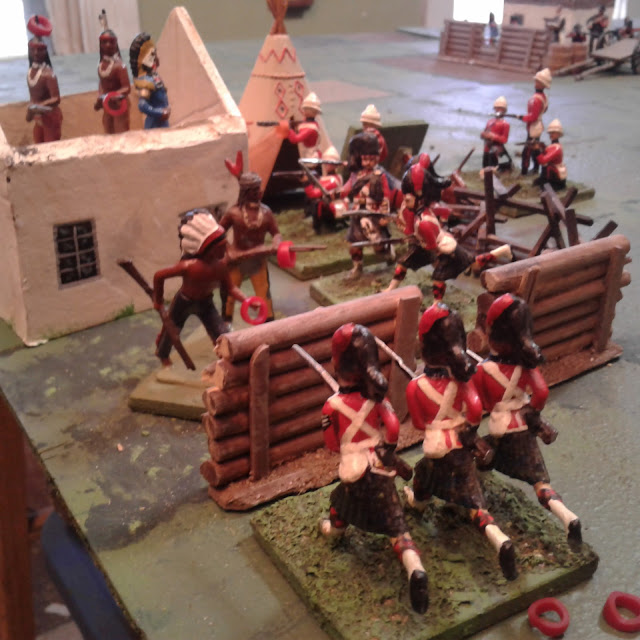 This game was based on One Hour Wargames Scenario 15 Fortified Defence. Red has 15 turns to capture both fortified "towns".

Forces are roughly equal but Red has the option to reset once per game. When he does he clears off  all of his and his whole force appears on the board edge again to try to finish the game.

The rules were the Tin Army