Once again I show the trait that led my PT sergeant to nickname me the Late Mr. Macfarlane. None the less, I am still here in the pink a year and 9 days after my "little incident" and have every hope and expectation of continuing to do so for at least another decade or so.

Since I haven't painted any 40mm Bleu's yet, (soon, soon) here's the traditional Scruby 22mm one again. 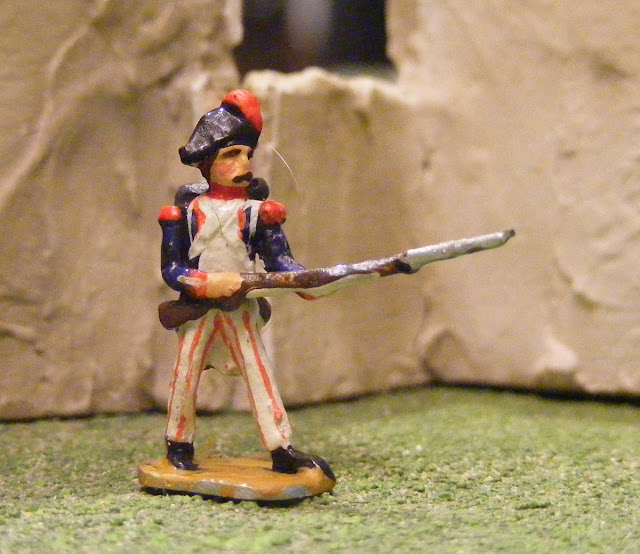 Looking back and ahead, this has been one of very few of my adult years in which there has been no major upheaval either at work (don't miss it) or home or hobby. The plan is: "Steady as she goes!"

The only hobby commitment I have is to show up at Huzzah with 12 40mm French Revolution units for A Gentleman's War. Two down, ten to go. I'm going to shoot for an average of two units a month to give me time to exercise them before they go into action. First task is to do a bicorne head and a new head mould for bicornes and round hats so I can start converting.

Should leave plenty of time for my 54mm Toy Soldiers, Some Doug Miller Landsnechts, and oh by the way, I don't "NEED" them BUT have you seen Hat's upcoming 1/72nd ACW command and marching infantry sets? 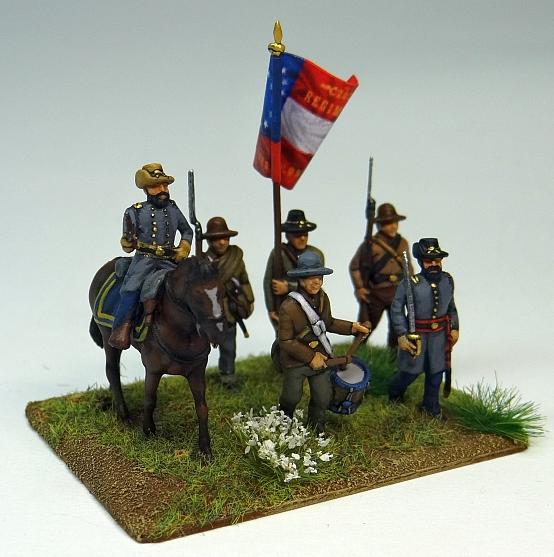 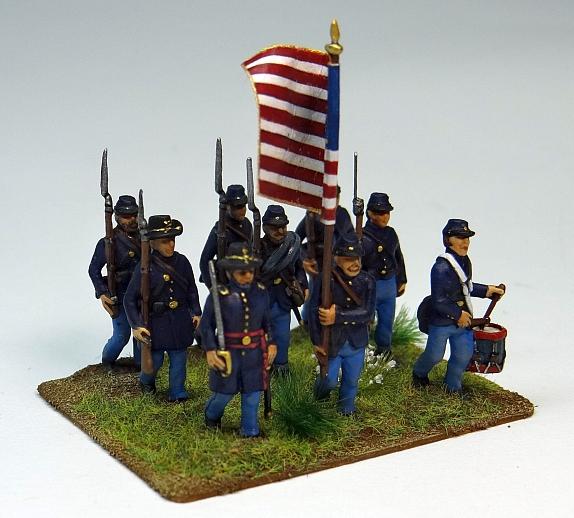 Actual command figures and proper marching ones in real uniforms with various hats (sic)? Oh my. One can always find room for more ACW figs right?