OK So not really so Old School after all.

I confess, I was struggling. Things either worked but were too fiddly for me these days, or they were easy but didn't work for this size of game let alone larger ones, or just didn't work at all! Swapping the variable length move for a simple activation chart got the movement.. ummh.. moving? 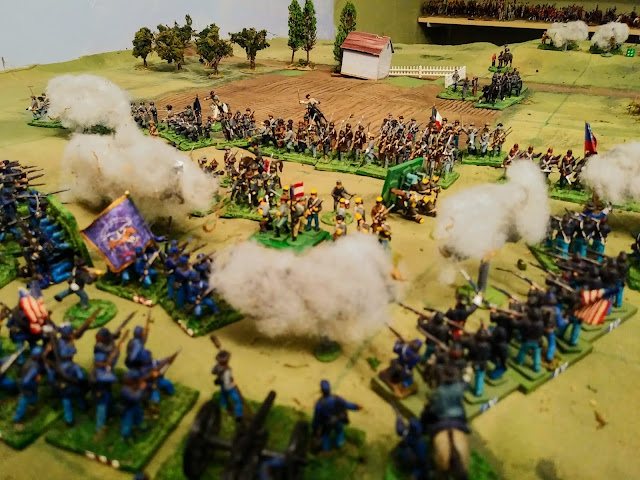 Firefights proved a bit tougher since my mind was locked into various methods that had become standard but which failed the test one after another. (yes, I know, it was a 1/72nd nightmare with the dead rising only to be shot again, and again and again.)  Eventually, I realized that none of my usual tricks were going to give me what I wanted for my ACW battles.  I started thinking broader, trying some brand new things until one of them started to remind me vaguely of a game I used to enjoy playing.  A bit more thinking, exploring, trying and adjusting and suddenly and I had what I needed and wanted. No need for marker dice to follow units around tracking hits, no sudden death from firefights for average units but not endless firefights either. 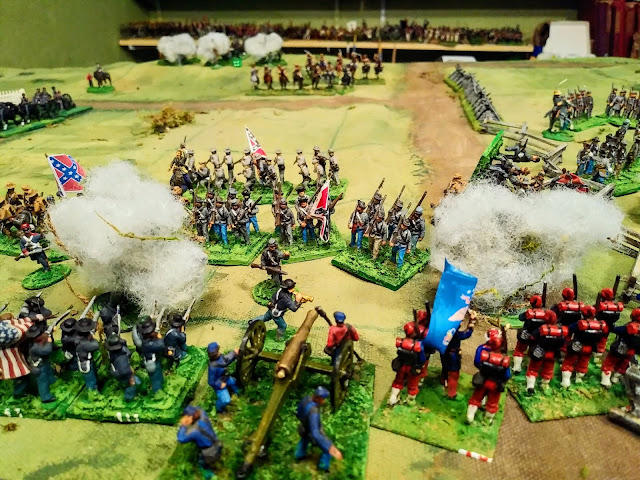 Firy & Fury were the rules that got me back into ACW during the 90's. I always liked the system overall. It managed to combine what my orders, morale and fire charts did into just 2 tables: Maneuver Table and Firing. However, I have a strong dislike of non-cubic dice and the F&F tables had too many factors, rows and columns for my eyes and brain so that I always spent more time with my head buried in the QRS and counting on my fingers than I did looking at the table and planning my moves, and the games were longggg. Still a nod to them for the inspiration. 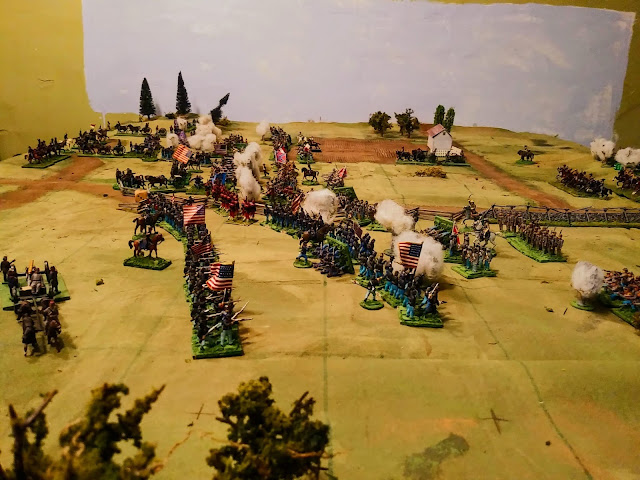 Anyway here's the real short gist of how this part of my game is shaping up.

At least now I again have a use for those marker stands ( buglers etc)  that I did a few years back. Mind you I think I will paint the rims of their bases red to make them easier to spot, and paint up some of those prone, crawling and wounded figures that I've been meaning to do!

Oh and added bonus. having all moves and shooting in increments of 3" again lets me use my easy to read painted measuring sticks!

Email ThisBlogThis!Share to TwitterShare to FacebookShare to Pinterest
Labels: acw