The Making of a Satrap

OK, I  don't know if the Sassinids called their regional governors Satraps or something else but that's what I'm going to call my Persian commander, once he's done that is. 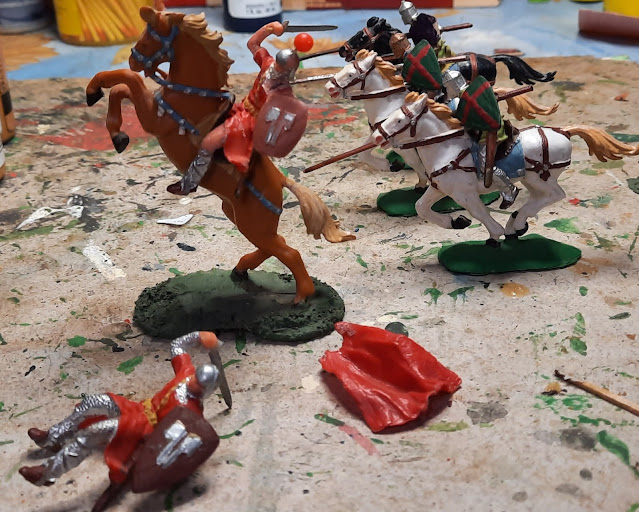 This Persian commander began life as an Elastolin knight. He almost became some sort of Romano-British  cavalryman but today I countermanded the order. His chainmail will be returned to his legs and arms, his helmet will get a plume and a scarf and a spare cloak will fly behind him. He will also get an escort of clibinari or armoured Persian noble lancers with plumes flying and so on.

These, plus a few light infantry to escort the elephant, and some Hun mercenaries, should be enough for an initial skirmish to test the waters for a minicampaign.