ROLL CALL: 2 May 2022, My Active Collections and some reminders of past ones.

These are the Miniature Wargame collections or periods that I am going to be playing with and occasionally  adding to for the foreseeable future.  It might be once a year, it might be once in 3 years, if it becomes 5 year I may start looking for a new home for the collection.
The time ahead seems to be less and less each year so there have been more cuts of collections/periods/campaign that I have been fond of because I still have more painting and playing to do than I have time and energy for. My experience over the last few years suggests that doing so is indeed allowing me to get more things done and improve the games I am playing so I have made some tough choices and cut even more periods and collections that I have enjoyed and loved and am still interested in. So far each cut has improved things over all and while I retain good memories, I am not really missing any of the partly built collections that I've cut.

1. In the Days of King Arthur.  40mm  Elastolin Post Roman Britain inspired by Rosemary Sutcliffe's books, Prince Valiant, and the Elastolin 4cm figures for the period. Semi-skirmish rules with small units and characters (still in development). 1-3 games a year, figures to be refurbished or added to from time to time.
Last played: 6 Jan 22 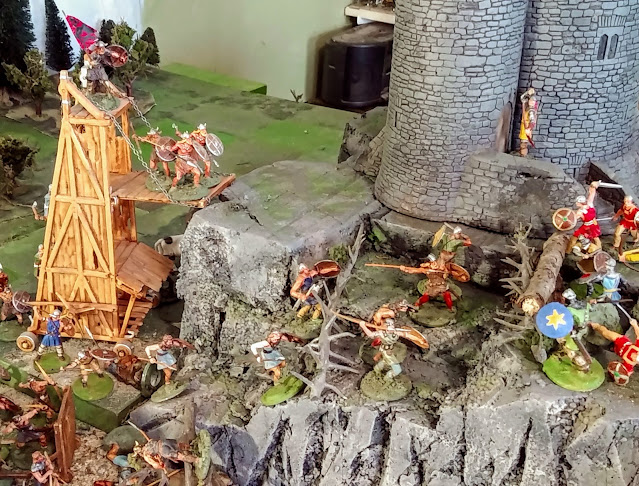 2. Land of the 4 Winds. OS-25mm metal & 1/72nd  Medieval Fantasy using figures added over 50 years of wargaming. A semi-active collection kept largely for nostalgia so 1 or 2 games most years. I think I'm going to start getting serious about dealing with the horde of figures in the cupboard that need work. Making the armies bigger won't increase my pleasure but emptying the cupboards and reducing the "to do" list probably will and may get what's left out on the table more. See my Gathering of Hosts blog.
Last played: 9 Jan 22. 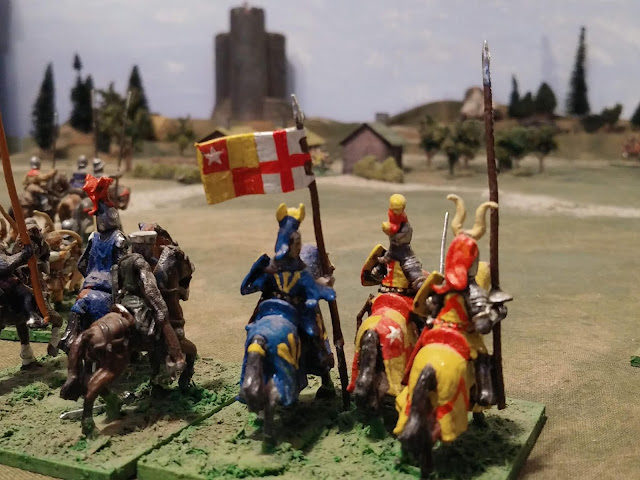 3. Rough Wooing. 40mm 16thC including a large proportion of original homecast figures, as well as many by  Elastolin, Doug Miller, and a few others. The rules are Rough Wooing, a Morschauser inspired set of rules developed by Rob Dean and myself for a game which won "Best in Show" at Cold Wars in 2005.   Each stand is a unit or 'company' with units being grouped into "Battles". A game or three most years.
Last played: 15 Aug 21
4.  WITH MACDUFF TO THE FRONTIER: The Anglo-French Struggle for America & Not Quite The Seven Years War (when I don't have enough room to play Charge!). 40mm, mostly home cast,  mostly Prince August, including conversions, using With MacDuff to the Frontier rules, largely as published in the Courier. Eventually I should rewrite them more clearly and include suggestions for a slightly streamed Big Game version
Last played: 14 Nov 22
5. Mixing the Reds along With the Blues. The French Revolution. 40mm, using A Whiff of Dice.
Last played: 26 Dec 21 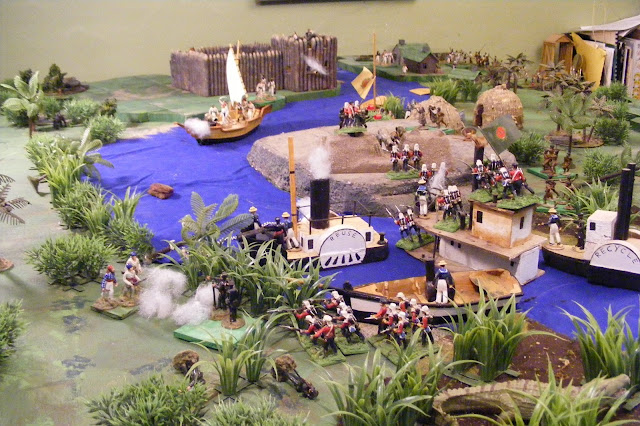 8. ATLANTICA: The Origawn Rebellion. 54mm glossy toy soldier fictional wargames. 6+ games a year. The idea was to create the sort of game that might have been possible in the early or mid 20thC by assembling armies from the boxed sets sold by Britain's and other companies. (Which is how I assembled my first armies oddly enough.)
Rules: The Model Major General. or something new.
Last Played: 11 Dec 21  (or 9 Mar 22 for the Game in a Box Version) 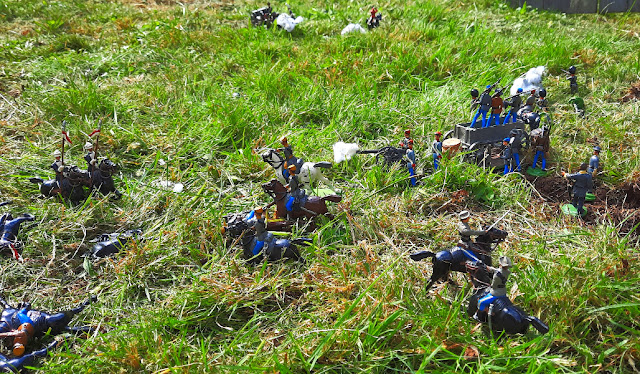 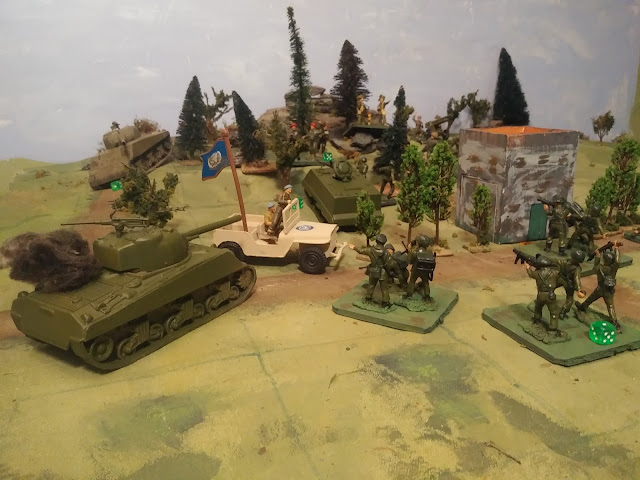 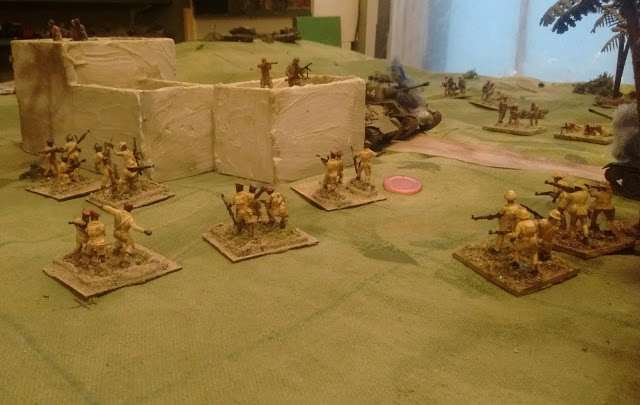 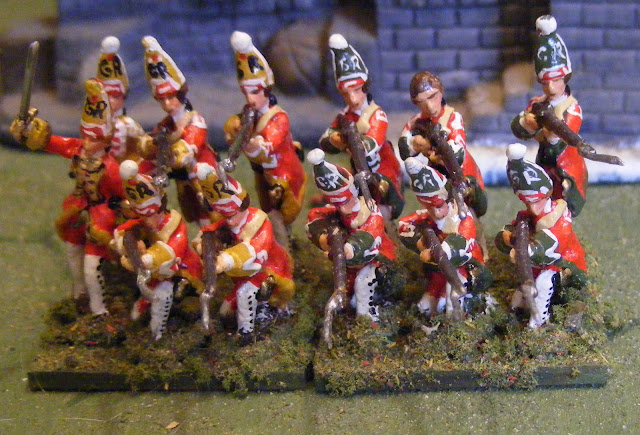 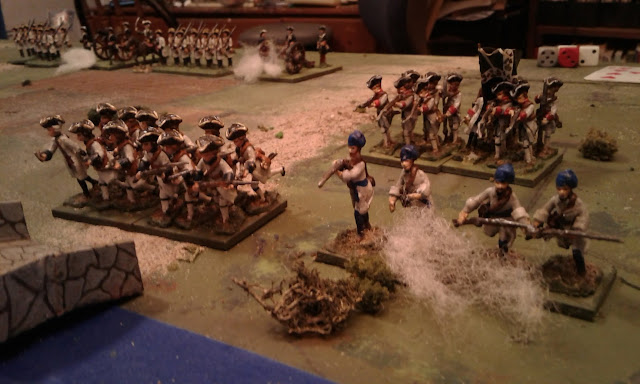 15mm French Revloution. Figures from 7 or more manufacturers for 1st Coalition, French Republic, The Vendee, Anglo Holland in 1799, West Indies, and various over campaigns in the works. All gone now. 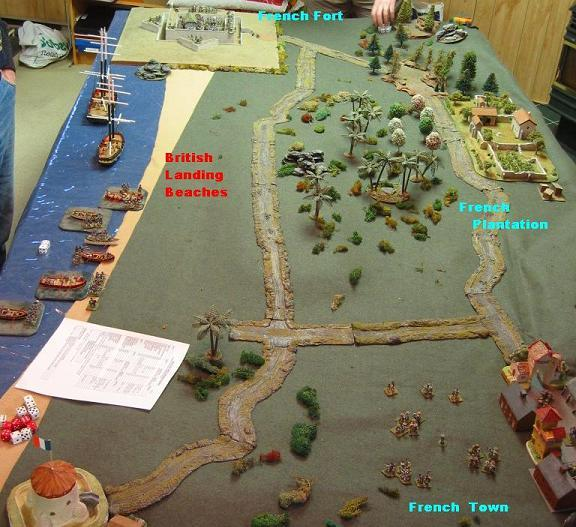 18thC Turks.
A nascent 25mm Portable Wargame army using original homecast figures as well as various conversions. Not likely to happen now but still in the cupboard. Their only opponent would be a friend's 25mm SYW Austrians, unless I cast up or bought some old school 25mm opponents.  Don't hold your breath! 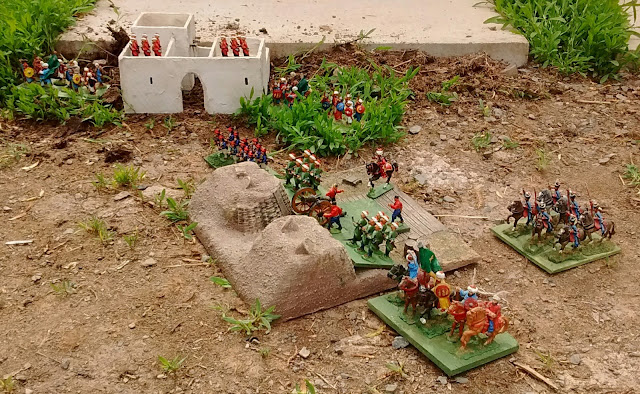 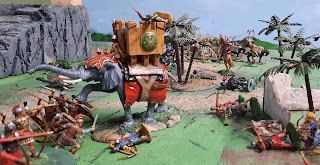