I'm not in Halifax anymore. It may be less than 100 km over the hills to Halifax but I'm at the tip of the valley and the snow which regularly bypasses Halifax, lands here. Reminds me a bit of growing up in Quebec. 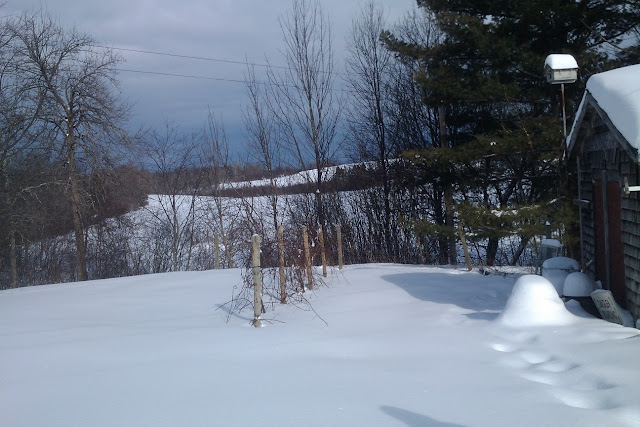 So what has this to do with wargaming or siege warfare? Its all about tactics. One snow fall is simple, you just push and shovel it off the driveway by any means you like, done! Until the plow fills you in again.

So here is the first tactical problem requiring the expertise of the Chief Snow Engineer, how to approach clearing the saps or driveway so that a sudden Sally by the snow plow won't fill it back in.  Carefully analyzing the enemy tactics and noting that the plow always follows the flow of traffic, he recommends that the parapet be built to the right (unless in the UK). Since the poor sappers have trouble remembering this, especially when there is a strong wind from that side, an alternative of heaving the snow as far as possible towards the middle of the glacis is allowed. Regardless of best intentions, as the siege continues, the parapets grow, taller on the right than on the left but even the left hand side soon reaches shoulder height. 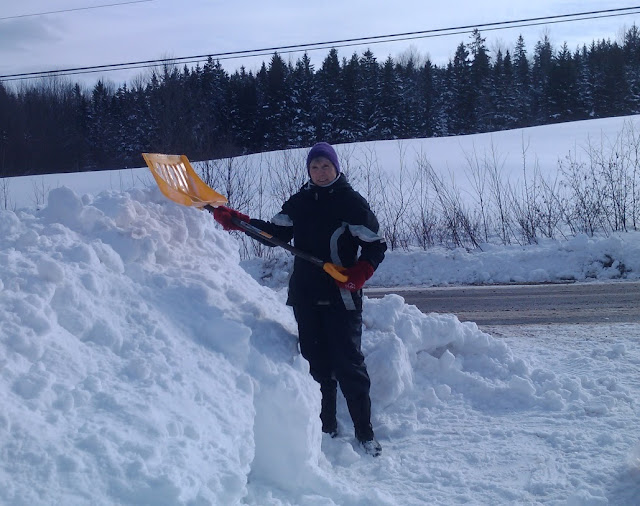 The Colonel in Chief conscripted to serve in the trenches while the Chief Engineer tends to technical matters.
Now if you have a well equipped siege train with heavy batteries of snow blowers, this isn't a major problem but when forced to work with conscripts, the snow soon catches on the parapet and falls back filling the sap.

This is where the medieval bit comes in, specially trained engineers, are required. By turning their right shoulder to the parapet, getting a solid shovelful, well packed they can turn themselves  into a Human Trebuchet,  keeping their left arm straight, suddenly jerking the shovel skyward  then stopping it just before the vertical, they can hurl their snow missile, over the rampart and into the defenseless fields beyond.

Of course the alternative is to employ conscripts to carry shovelfuls 1 at a time to a place they can reach. The Provosts need to keep a sharp eye out though, especially if the kettle whistles.
Posted by Ross Mac rmacfa@gmail.com