The Other Boer War

When I was a wee lad, there was this book in the hallway bookcase. It once belonged to my grandfather. 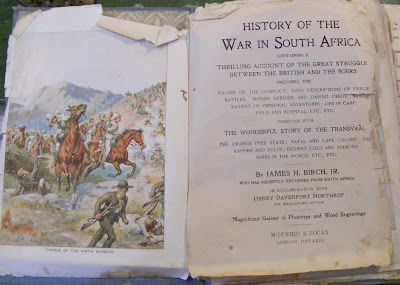 History of The War in South Africa  by James H Birch. It was published in 1899, you know, after the war ended...(oops).  You can download it or read it on line, pictures included,  here on openlibrary.org
Hopefully this means no one will mind me including a couple of the lithographs from my copy, just to illustrate my point.. 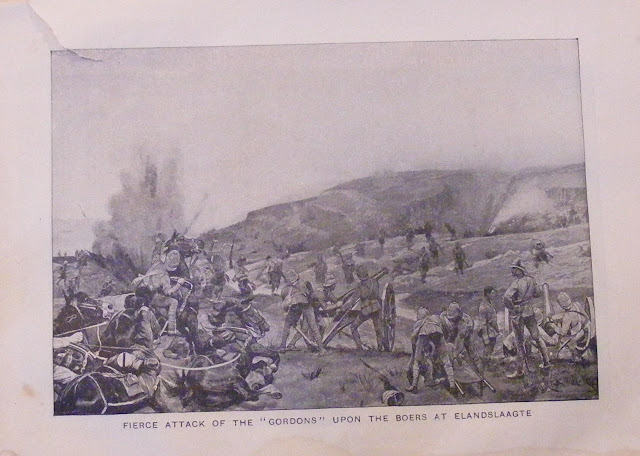 It is such  shame that my grandfather died when I was so young. If his health was better, I know the day would have come when we'd have played wargames with his collection of toy soldiers. (hmm its a little uncomfortable for me to contemplate that the Boer War was closer to me when I first read this book than the 2nd World War is now, almost as uncomfortable as watching the Caine Mutiny a few days ago and realizing the ships and navy in the movie were more like my brief navy days than today's)

Anyway, the wargames came regardless and it is not surprising that my thoughts turned to the Boer War. The problem was that the more I read, the deeper the gulf became between the war as presented in those late 19th/early 20thC books and newspapers with their dramatic lithographs of "gallant charges" and more modern works or even contemporary works by serving officers. 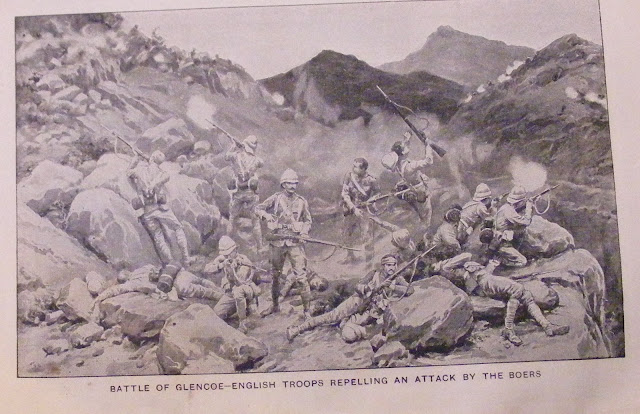 A few gallant wounded and dead, this wasn't represented as a picnic.

To recreate the actual war in any real sense, I was going to need a large table, small figures and the games were going to be as far from those lithographs and stirring stories as they were from reality.(Check this Boer War wargaming site out) 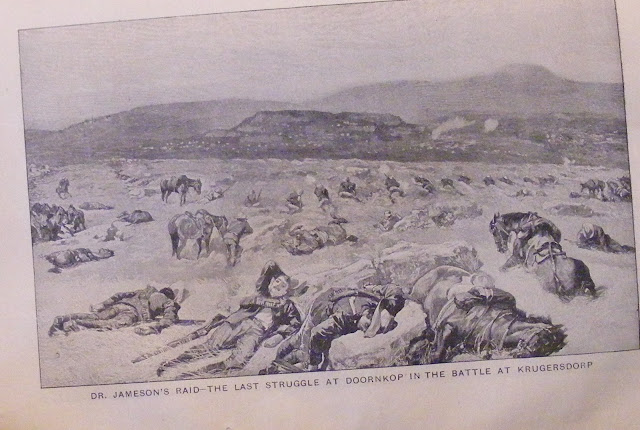 Nor  was it all about gallant charges, there were pictures of British prisoners, pages of photos of Canadian war dead and so forth but even the desperate last stand of the questionable Jameson Raid has that gallant last stand aura.

If you've read  Duffers Drift (should be available on line if you Google it), I wanted war to be more like what the young lieutenant thought it was at the start,  even after dreaming the dreams! However, to game the illusion was going against what I thought and felt wargaming was all about then and was going to require more Chutzpah than I could muster to face down any detractors. So the Boer War still waits, but periodically I haul out that old book and I think about things. 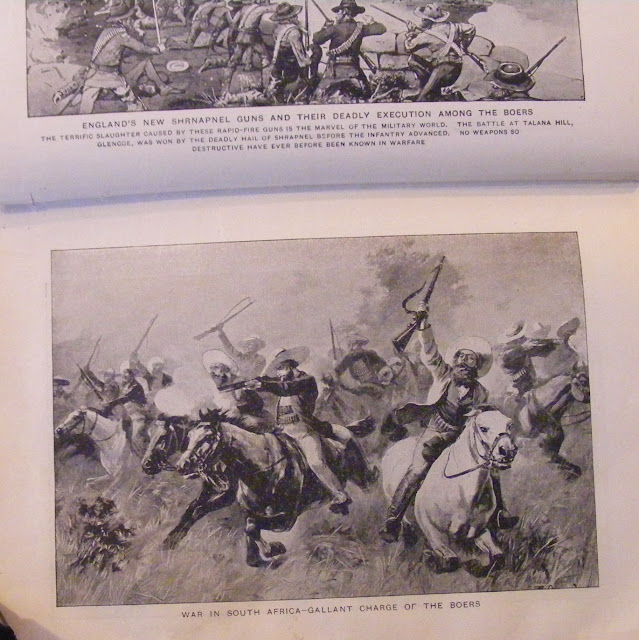 I can still be fairly thin skinned on occasion but my foray into 54mm gaming at the end of the last century (ok and a few more decades of life outside of normal )  helped developed a lot more Chutzpah. So did the whole Old School thing.  (Charge! is still a wonder to me, so simple, so elegant, so wrong on the surface and yet still producing games that ring truer in their essentials than many games that I've seen that are more "correct" and thus should in theory produce more realistic games .)   I also have a much wider view of what and why wargames are. (Looking back, for a guy who prided himself on seeing the world in shades of grey, I used to hold some pretty strong prejudices). After struggling to free myself from the shackles of "ought", I think I'm almost ready to try to develop a game aimed at reproducing that other Boer War, the one of the lithographs, reporters and old soldiers sitting by the woodstove back home.  Almost. 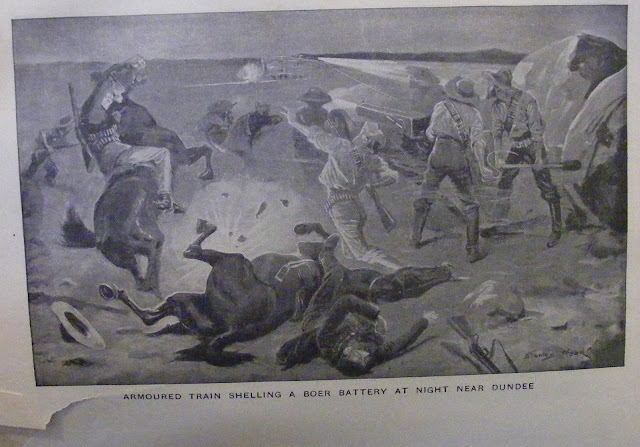 Anyway, what brought all this on? There was an excellent discussion about some aspects of the theory and practice of developing wargames, dealing specifically with the Boer War but applicable in general,  on :Lard Island. If you have any interest in wargame design, go read it.