We interrupt this battle report for a... lady with a hawk?

Merten is another German company that produced 40mm/O scale toy soldiers and railroad accessories in the mid-late 20th C. I don't know a lot about the company, as far as I can tell they still exist and still make railroad accessories but not soldiers, or at least stocks still exist. If any one has links about the company or can offer information about them, I would love to know more about them.
In any case, their soldiers crop up on eBay now and then. Right around my birthday, I came across a listing for a mixed lot of unpainted Merten figures, a fairly rare find since it is normally the painted figures that crop up. This lot included a selection of medieval female figures, an assortment of 15thC longbowmen, 1 Landsknecht and err ummh 3 Centaurs. (and no, we aren't talking SPAT's). Well, I didn't really need the longbowmen but the lady riding sidesaddle with her falcon on her wrist looked like a valuable addition to my cast of Prince Valiant characters and her friends could be useful as well, As for the centaurs, well, you never know what you'll find in the forest. (To be honest, there were 3 identical lots, if the Centaurs had been sold separately, I'd have bought them all! I mean, how often do you see a 40mm plastic centaur?). Well, they arrived today and I am pleased to say that the longbowmen are bigger and sturdier looking than I expected and look close enough to some of the drawings of Henry VIII's archers in France that I will be able to mix them in. 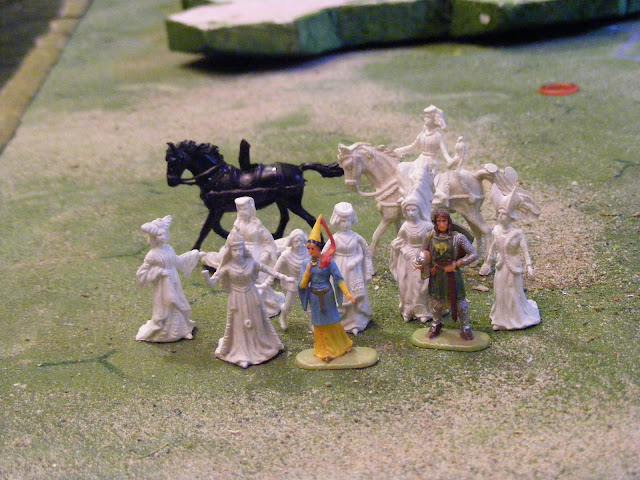 Sir Gawain and Princess Aleta from Elastolin greet the new ladies to court. 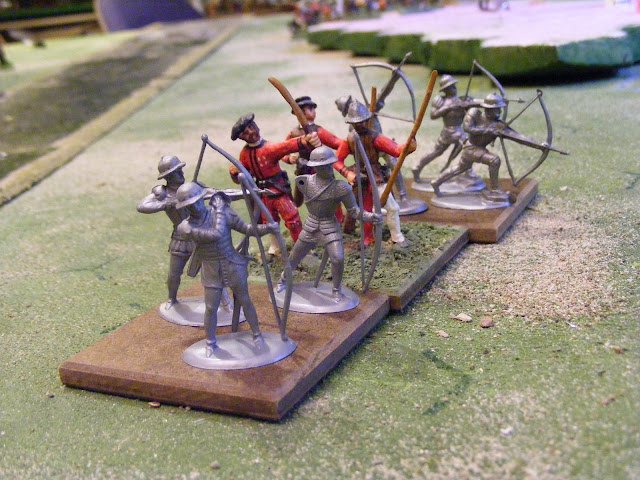 Even having his arm cut off hasn't stopped one of these archers. 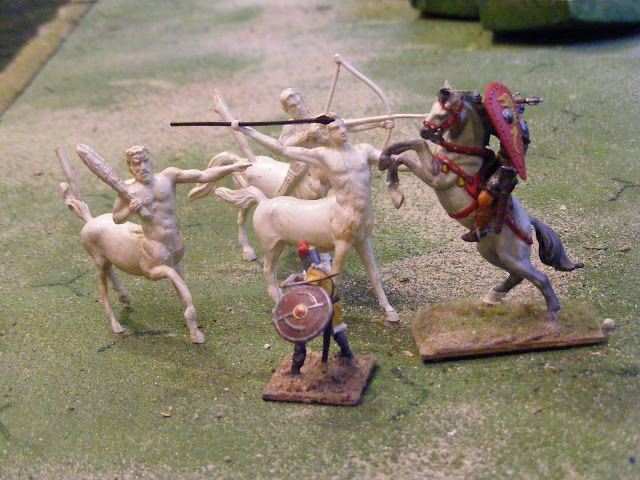