At the Captain's Bed and Battle

Ahh the exciting potential of being young and starting a new life in a new city! 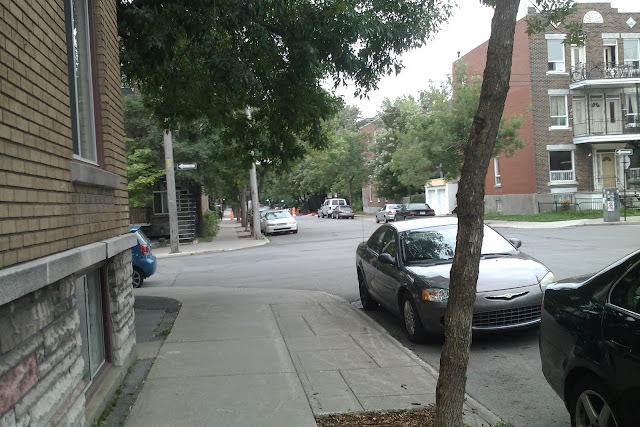 Luckily there is still much to be said for being middle aged and enjoying the company of long time friends and playing games. 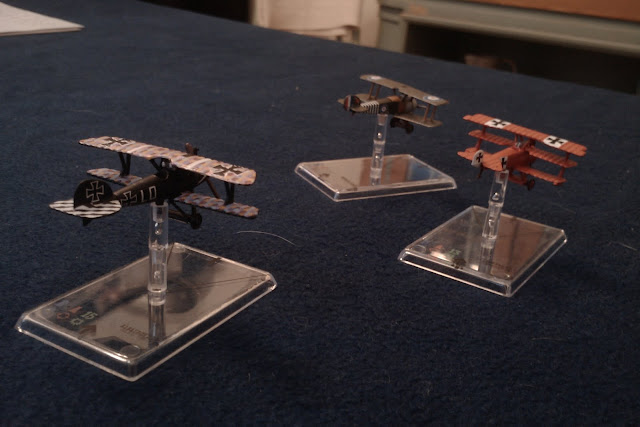 That's me on the left. (sic)
After a pleasant  hour or so reviewing Rob's current armies (including some old friends), his painting table and lead pile, and accepting his offer of a painted 25mm Darius and a couple of Persian chariots as well as some spare back issues of the Courier, (best wargame magazine yet imho) we got down to it.

Rob's place is a traditional Montreal flat so no basement game room with an 8 foot long table but a nice big, comfortable kitchen table. While the fringes of Irene blew past us, we started off with Wings of War with Les & I ganging up on Rob. This was followed by 2 games of TransAmerica, a railroad boardgame by Rio Grande and last but not least, my first games of Hordes of The Things. These saw Rob & I team up against Les. Largely human 15mm armies on both sides, though Les's troops were a little more fleshy than ours.  I confess that I did enjoy these games. 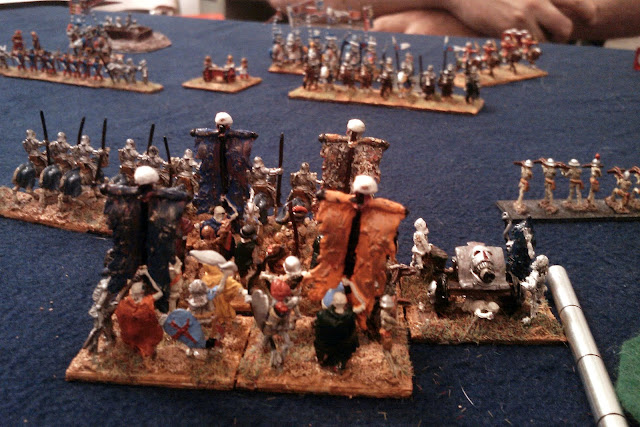 Out looking for new recruits.
Thank you Les for the invite to come along and thank you Rob for your hospitality.