Its been a busy week with no chance for a game. Torrential rains today looked like a good opportunity for a quick solo one. Every now and then I wonder about they propriety of playing a wargame on Remembrance Day but I know enough Vets who wargame to be at ease on that score and refraining on one just one day seems hypocritical so after watching Passchendaele and a telecast of the ceremony at the Cenotaph in Ottawa, standing for the anthem and silence (though part of my remembrance was remembering  the occasions when it was the turn of the College Militaire Royal de St Jean to provide a contingent and I was there in grey astrakhan cap with its scarlet flap and scarlet tunic or long black greatcoat depending on the weather) I proceed upstairs to clear for action..

Thinking about my grandfather,  I decided to break out my old Britain's and play the sort of game we might have had if he had lived longer.The scenario is an old chestnut that most old hands will recognize. 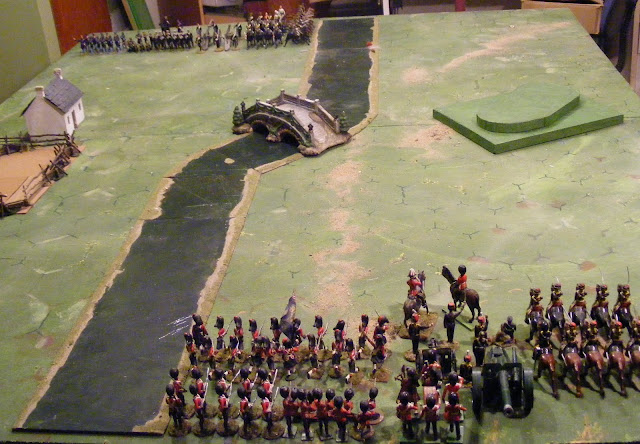 Red's army, under General Soupese, deploys with orders to prevent Blue from capturing the bridge. 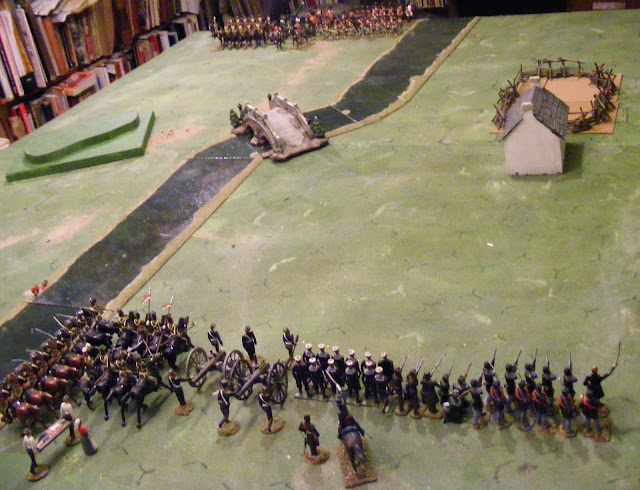 General Cornville leads Blue's army in an assault on the bridge.