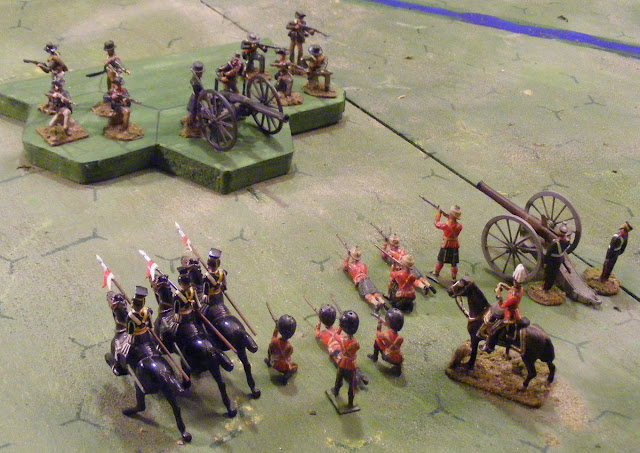 I've been pondering a "game" with fairly limited parameters for my old Britain's for a while now. Something where I wouldn't end up needing space, time and money for armies of 300  antique toy soldiers. The Portable Wargame has been a strong contender since its introduction but it occurred to me today that Battle Cry or rather, a variant of it might be a good contender for a Boer War toy soldier game. A 1st Boer War or maybe even a Riel Rebellion game, (I have a little box full of old Britain's Indians and a few Cowboys. waiting for repainting for just such a game.)

As can be seen above, 4 infantry, 3 cavalry or a gun and crew fit one of my 4" hexes. One could even do up customized cards, possibly different decks to allow each side different tactics. The Riel Rebellion provides some good solo scenarios where the Metis and Indians were often deployed  in hidden rifle pits and acted on the defensive apart from limited local counter attacks. Perfect for a Canadian player controlling his units and having Metis/Indian appearing as random events. Cut Knife Creek anyone? or Batoche? 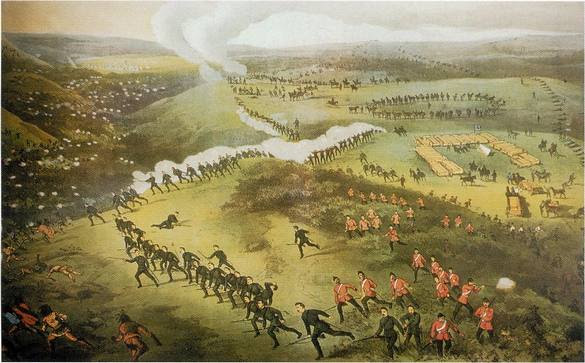 Something to ponder as I drive off to visit family on Monday.