Oh who would walk the stony roads Of Merlin's time

"And keep the watch along the borderline?"


These 40mm Elastolin Romans  would! 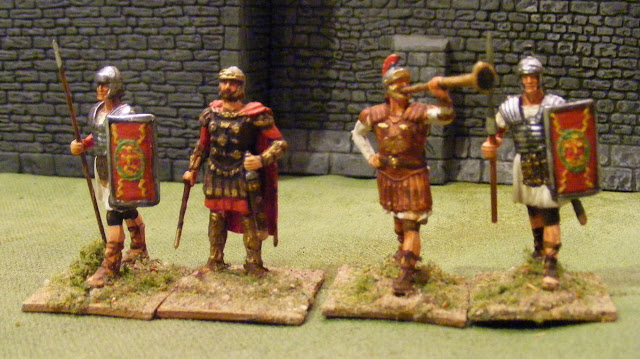 Hmm thought there were at least 4 of the marching guys when I started them a couple of years ago. 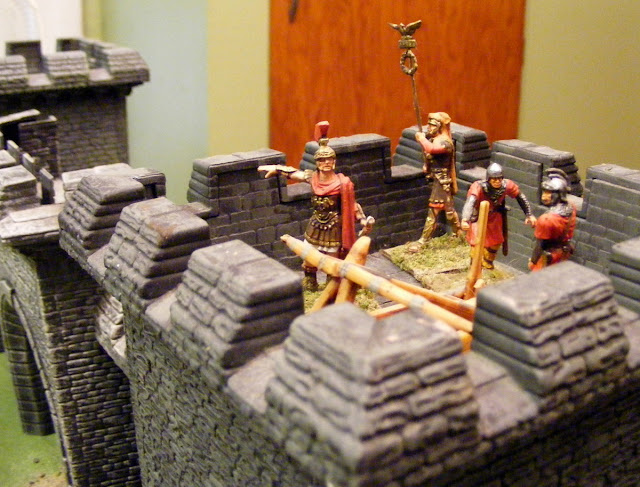 Having called a truce to the re-arranging of my room, I cleaned up just enough to access my painting desk in its new location. In keeping with a desire to get a few things more finished and enjoy the diversification of my assemblage of figures (collection seems to imply organization and a plan), I dug out some Elastolin 40's that I started  for a game in 2009. The figures that weren't finished before the game, have lounged  1/2 done ever since. While I was at it, I re-armed a few originals with broken or missing arms (arms as in weapons but also actual arms). 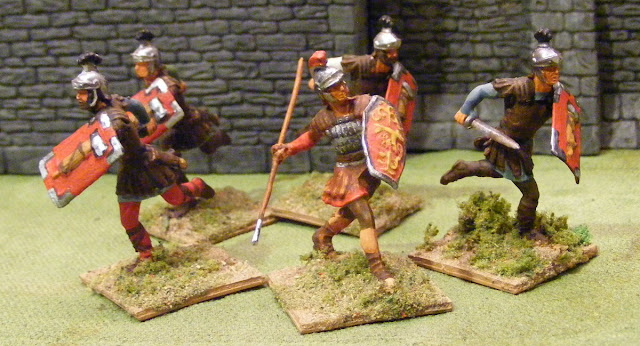 These will be used in my Prince Valiant inspired games, forming the infantry contingent of Count Hubert, commander of the last Roman garrison on the wall. The games and armies owe as much to  Rosemary Sutcliffe and  Saxtorph's Warriors and Weapons  as they do to Hal Foster or the original Elastolin line, let alone actual history. Once again they have been painted in a simple, understated fashion but with more shading and detail than the originals.

Then I set up a game, but more on that later, much later.. 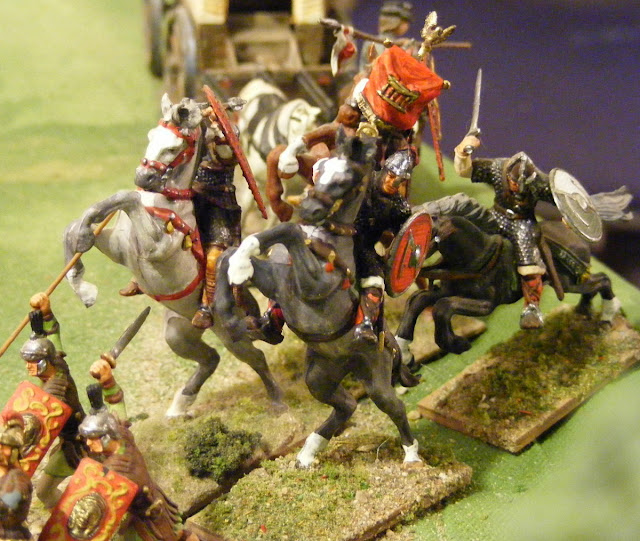 Duke Stephen, Count Hubert's eldest son and field commander now has a banner. I was debating what emblem to paint on it when I realized that I hadn't sanded off the embossed one.


For those not familiar with the reference of the post's title, I offer: