Dispatches from the Field (1)

Life is interfering with hobby time and focus again but I can't afford to waste some rare days of fall sunshine. What time I have had, has been frittered away pondering what direction to take with my 20mm ACW but more on that later.

In the meantime, here are some photos's of 2 small HofT games, based on the classic Featherstome introductory game from BWMS, submitted at my request by long time blog leader and one time PBEM Oberhilise commander, Cesar Paz.

The first is using his original homecast 40mm ACW which I love. These are semi-flat with classic toy soldier styling. More can be seen here: https://picasaweb.google.com/Cesar.A.Paz/Figuras42Mm?noredirect=1#5393708496751916690 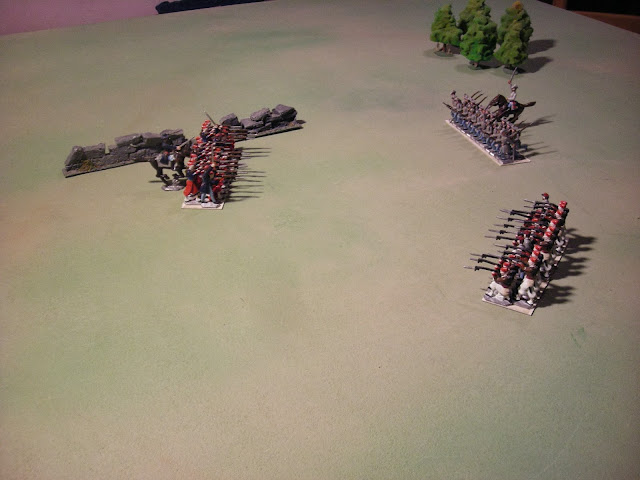 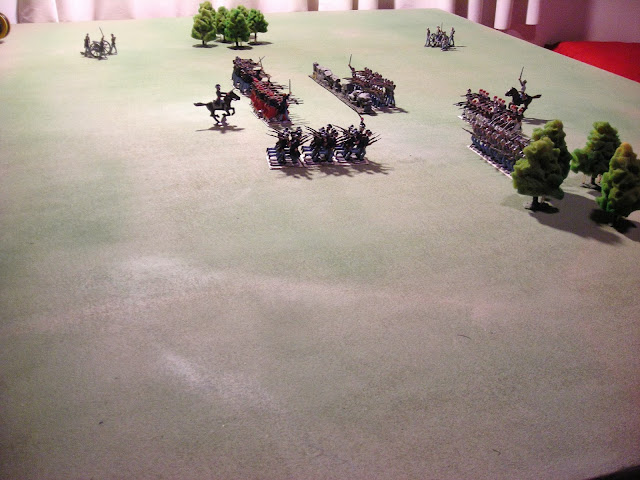 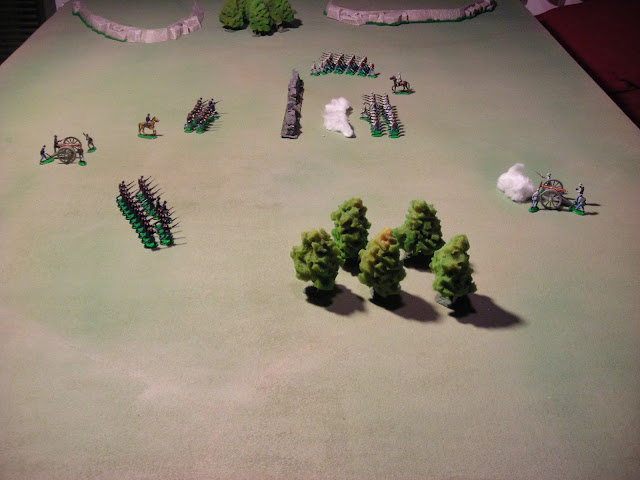 The first I played with my 40mm semisolids and did not work: as the figures are mounted in stands in groups of seven I had to used a roster system to record casualties, and this keep my eyes out of the table for too much time.

In the second game I employed my small collection of Spencer Smith 30 mm and things went better: as they are single figures I was able to keep my eyes at the game and enjoy it! But unfortunately this armies are very small for the moment: a General,  2 infantry regiments and 1 gun with crew per side.

I plan to press some horsemen and even some indians and frontiersmen into action for next games, but they are unpainted, so they will not look good. I will take the photos and prepare the report of my next game and send it to you. If you like it O.K. if not, well I will understand.

Thank you Cesar. To me the simple scenery matches both the style of the figures and also Don's original game in BWMS.

If any one else wishes to submit appropriate pictures and/or brief battle reports to be included as a guest or "Dispatches from the Field" post, I hereby invite you to do so.

Meanwhile if you wish to see more of Cesar's figures in various scales you are invited to check out his on line albums:
http://www.flickr.com/photos/
cesar_paz/sets/https://picasaweb.google.com/Cesar.A.Paz
Posted by Ross Mac rmacfa@gmail.com

Email ThisBlogThis!Share to TwitterShare to FacebookShare to Pinterest
Labels: dispatches