I meant to take a picture of this recruiting party before he went into the Plasticine but then I did not originally intend to bury him at all. My plan was to order some of the new silicone putty that lets you make a two part mold in two hours instead of two days. Unfortunately the item is back ordered so I decided to use the end of the liquid rtv that was starting to cure without permission last winter. Having a keen, but misguided, sense of the best use of my time, I prepared the figure in the Plasticine and then checked on the tin of solid rubber. Steadfastly refusing to curse and rant over several months worth of spoiled hobby money, I am putting the figure aside till putty appears  from one source or another. 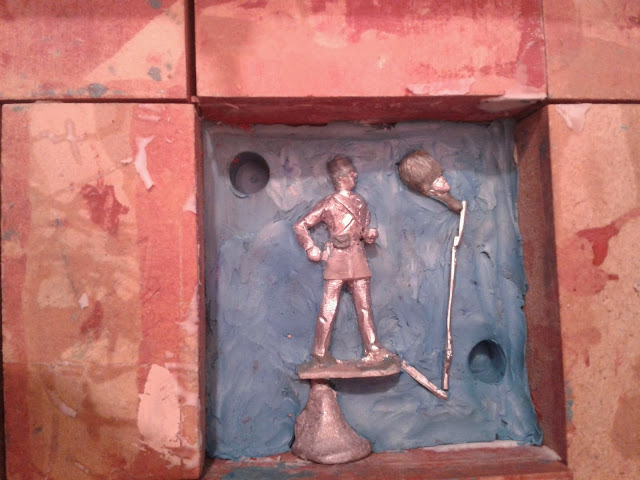 In the meantime this master (1857-1868 British/Faraway/Canadian light order: tunic, pillbox/porkpie, no pack ) which was modified from my 40mm 1847 US figures, is all I've done this week. I had set out to do the full dress, Ft Henry guard style version but luckily I recognized after making a nice shako and then squishing it, that it would be easier to start with the light order version, cast it, and then add pack and shako and recast than to do it the other way, carving off the extra metal. A guards version will also follow asap, esp if the test bearskin cap works first time, which I doubt. 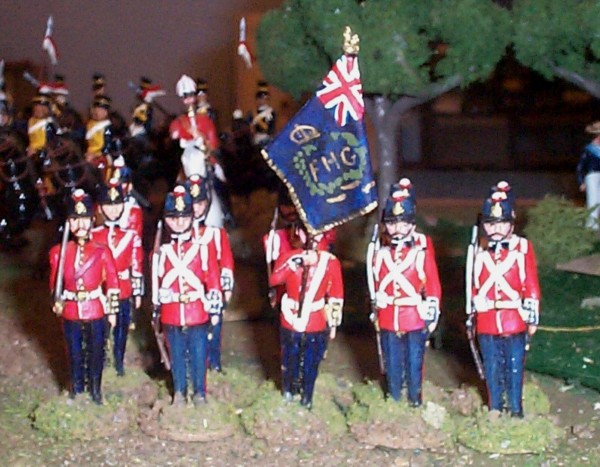 Its only been 15 years since I started doing this army from 54mm recasts, I'll get there.