Preparing to Fight Over Wye

The scenario has been chosen, the table is set, the troops are ready: Force A: 3 units of light cavalry....3?   Really? But I only have 2 painted up. The other is...sighhh OK they are months over due. Give me a day or two. 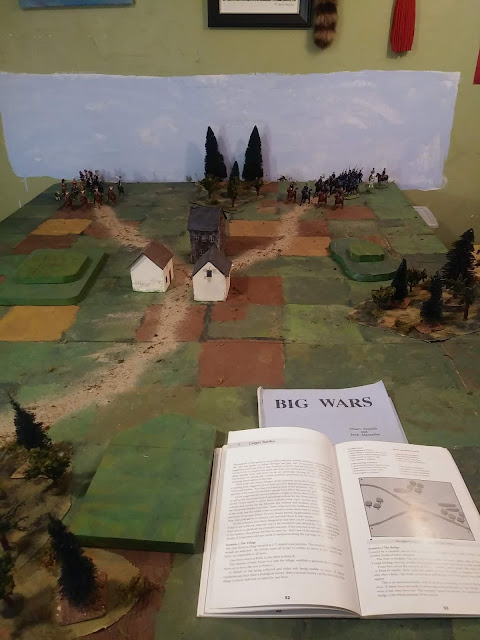 This game will be dedicated to Stuart Asquith whose writing persuaded me to allow myself to indulge in playing wargames with old style shiny 54mm Toy Soldiers. The scenario is Scenario 1: "The Village" from Stuart Asquith's The Partizan Press Guide to Solo Wargaming. 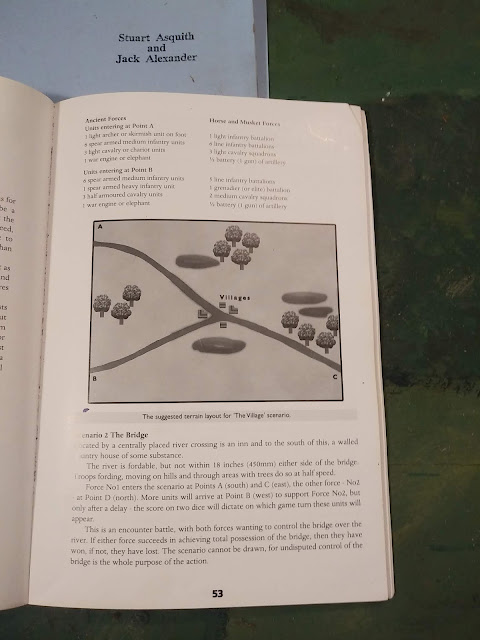 I have played this game maybe a dozen times in various periods over the last ten years and I JUST DISCOVERED that I've been missing (at least for the last few years)  a key terrain feature. ALL of the woods are IMPASSIBLE to all troop types. What? No sending light infantry through the woods to snipe at the enemy? I once saw a  player send a pike block through the woods (didn't work too well for him as I recall).

But its time to finally add that Grey cavalry regiment to the Rebel army. These are the sweep...errrr the picked few of the other regiments from the Britain's Light Brigade that I bought from Stuart 20 years ago. One ex-Hussar, one ex-Lancer and 3 Light Dragoons.

Once the glue and putty is well set and they have been repainted, the battle will commence.
Posted by Ross Mac rmacfa@gmail.com