The young bugler was trying hard not to appear nervous but tomorrow would be his first battle. He would finally "See the Elephant!" He lay down in his tent and tried to imagine it. 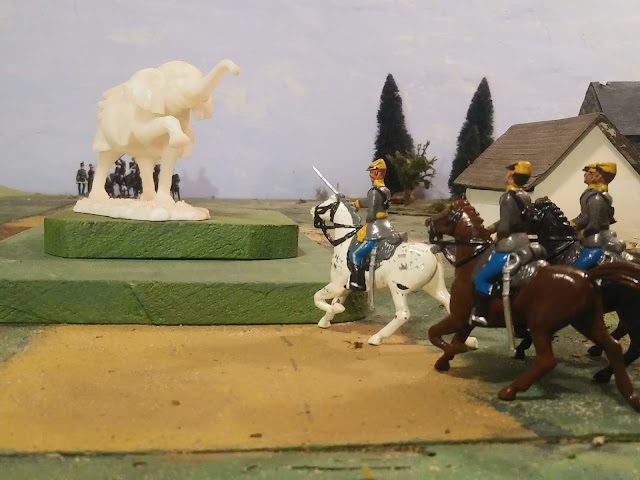 It seemed an instant later that he found himself riding beside the Colonel, trotting down  the dusty road to Wye and there was the enemy, brass buttons and badges shining in the sun. This was it! At last! They were going into battle! 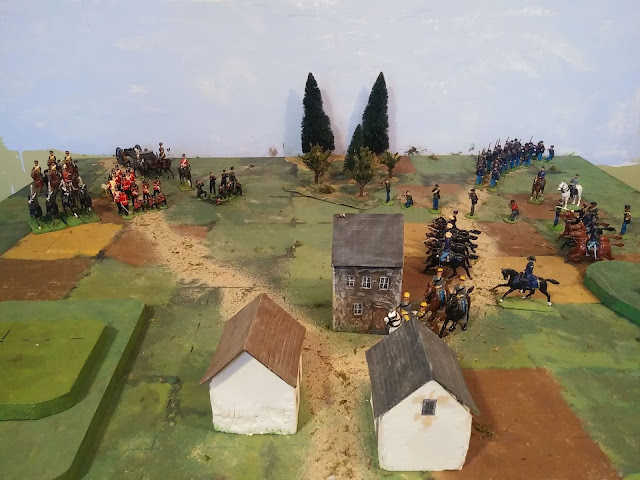 Leaving the infantry skirmishers to screen the main body,  the Rebel Cavalry moved into town. The Black Horse dismounted and occupied one sector while the rest trotted forward to secure the vital road from the enemy. 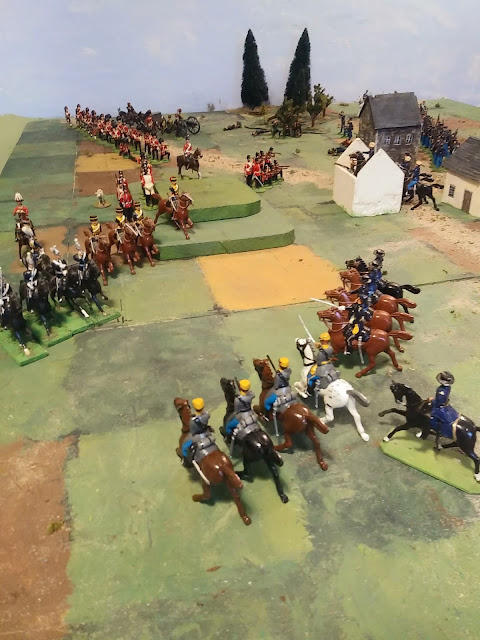 From beyond the town came the crack, crack, of rifle fire  followed shortly by the BOOM of artillery. But here it was like the old days as the order came down to draw sabres and prepare to charge! This was the first fight for Stuart's Greys, how would they do? The air crackled with anticipation and the order came for him to blow his bugle. This was it! 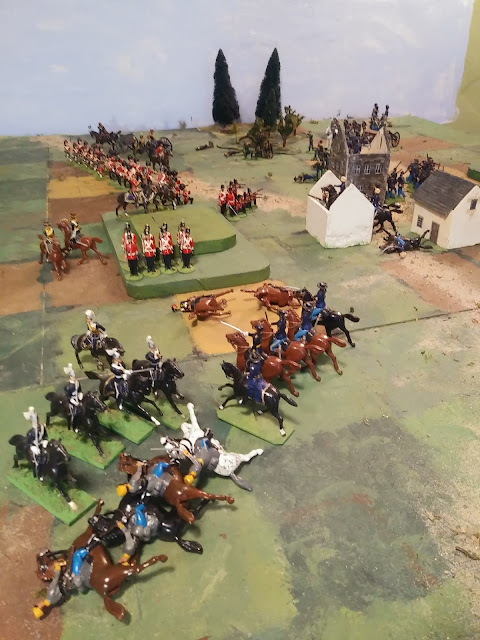 Moments later all was chaos! The Bluecoats, the famed Governor General's Bodyguard with their shiny helmets  and nodding plumes had broken the Greys apart like dried leaves. Lying on the ground, it was some consolation to watch the Black Hats chase the enemy Hussars and the stout defence of the town by the infantry. 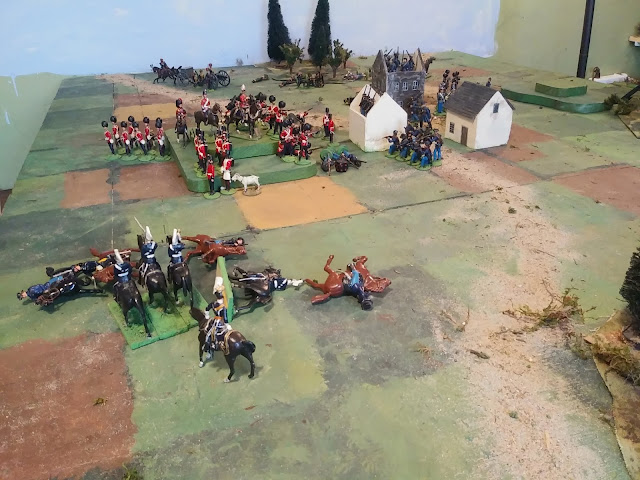 But even that bit of consolation faded as the Redcoats stormed the town and the Bodyguards scattered the Black Hats in their turn. He burned with shame at the easy defeat of the brave Rebel army. It was like a nightmare and he seemed to see and hear the cheery chat of the enemy's officers as they celebrated their victory. 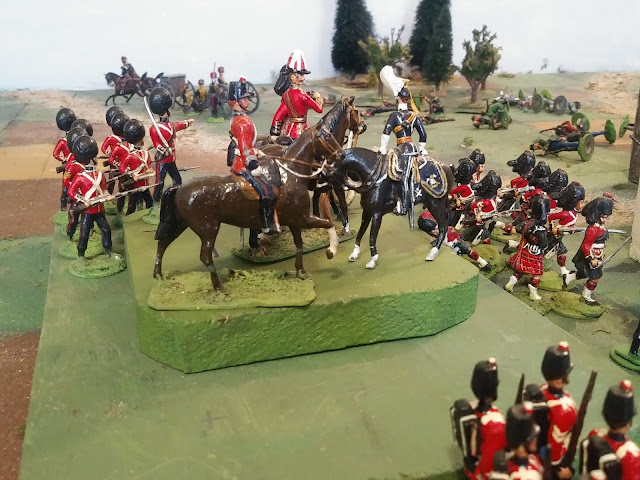 Then suddenly he felt himself shaken and he heard again, louder, the order: "Boy! Wake up and Blow your Bugle! Its dawn and we have a battle to fight today!"
Posted by Ross Mac rmacfa@gmail.com