The Battle for the Ste Croix

Word reached Brooklyn early on Saturday morning that the Americans had stolen a march and the Bangor Rifles were already across the bridge on the Ste Croix. General MacDonald send messengers to the garrisons at Newport Landing and Poplar Grove to march to the Ste Croix bridge on the Windsor Road and headed out himself with the two battalions he had with him. 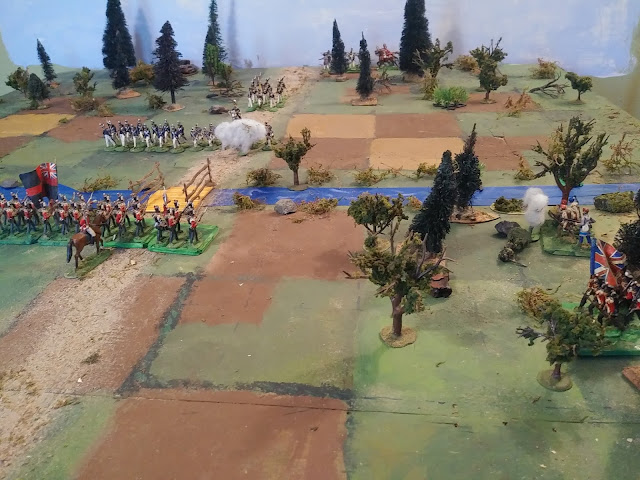 After peppering the approaching British column, the Bangor Rifles moved to a flanking position in the woods just north of the road, leaving room for the rapidly approaching infantry to cross over and take up a defensive position across the bridge.  However, the British seized the initiative and while the first column  doubled down the road and blocked the road, a second column appeared from nowhere and hit the Rifles from the rear. They put up a fierce fight but were heavily outnumbered and surrounded. The survivors sullenly laid down their arms. 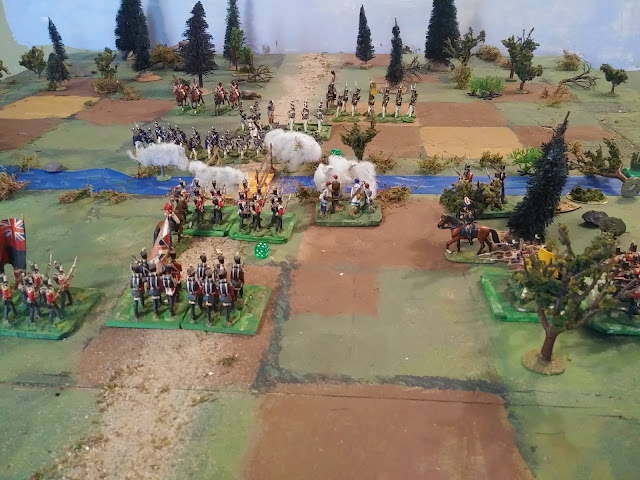 As the two armies continued to bring up reinforcements, the leading elements engaged in a lengthy close range  firefight  across the narrow stream. 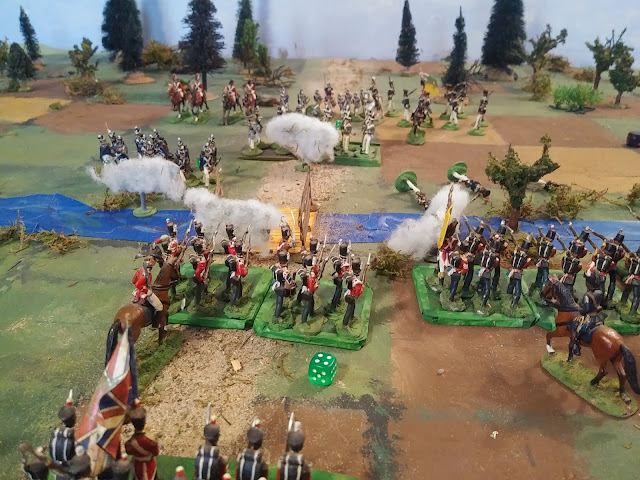 The firefight was murderous at point blank range and periodically one side or the other would be forced back only to rally and return to the fight or be replaced by a fresh unit and the US infantry made occasional forlorn charges across the bridge. 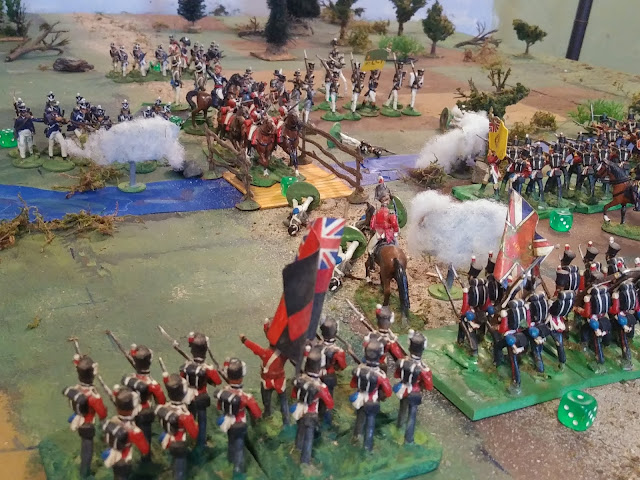 At last General Wavey saw the British 89th fall back from the bridge and ordered the 7th New York Dragoons to charge over the bridge and force an opening for the remaining US infantry to exploit. 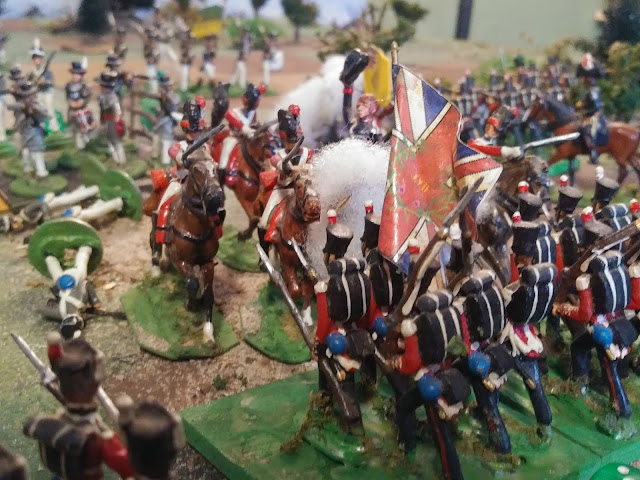 It was a stirring moment with the thunder of the hooves on the wooden bridge and glint of metal as the Dragoons raised their sabres and  cheered as they closed on the red line. The Royal Scots barred the way though and a rolling pointblank volley emptied numerous saddles. Some Dragoons managed to close briefly and bloody their sabres, but soon the survivors were forced to gallop back over the bridge in disorder.  Bravely they rallied though and returned to the charge only to be blasted again and this time they broke carrying away several battered infantry regiments in the rout.

General Wavy quickly improvised a rearguard but the British had taken too much of a pounding to pursue. 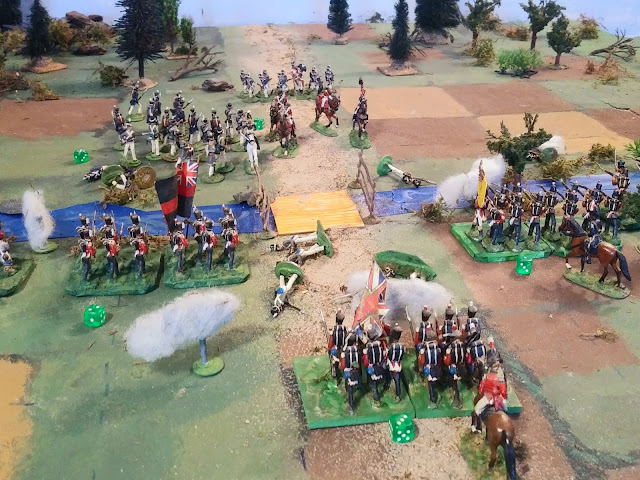 Both armies returned to camp and started preparing for the next battle.
Posted by Ross Mac rmacfa@gmail.com