In anticipation of a summer campaign, the exchequer approved the raising of new batteries for the defence of Rosmark. Here we see the newly raised and equipped Staarborde  Battery (foreground) undergoing training alongside the Royal Marine Artillery's veteran  Port Battery  (background). 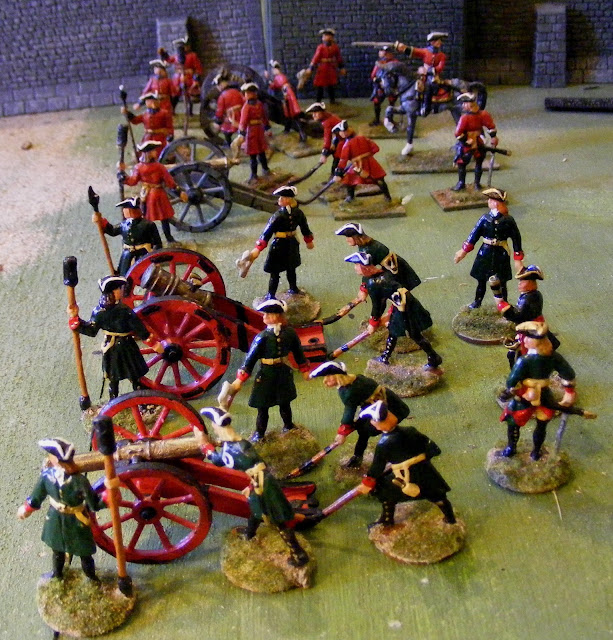 The Port Battery specializes in the attack and defence of fortifications but is also trained to operate as foot artillery in the field when needed.
The Staarborde battery can be seen wearing the newly authorized green uniform with red cuffs that has been approved for Rosmark's foot artillery.

In a burst of patriotism, the citizens of St. Michel are in the process of raising a volunteer battery for service. These will be clothed and equipped as a regular foot battery but will be equipped with 6 pounder guns.
Posted by Ross Mac rmacfa@gmail.com