With MacDuff to the Pirate's Lair

Having played the element version of this skirmish, I reset the table, swapped out the element based regulars for some singly based 1812 redcoats, reorganized the units and broke out With MacDuff To The Frontier which had been written for this sort of game. I was tempted to adopt some of the rule ideas that had worked so well with HofT & Gathering Hosts but I've been down that route before and last year I had enjoyed taking MacDuff back closer to its roots. So, while stripping the rules down a bit, I maintained the essentials, card draw for movement, variable moves, figure to figure melee combat, casualty recovery and 50% break point.
I also kept the newly introduced separate fire phase. I am now in the process of cleaning up the rules and incorporating some of the insights gained over the last 6 months, particularly those on focusing on what's important. The sparking 2011 version will be available soon. 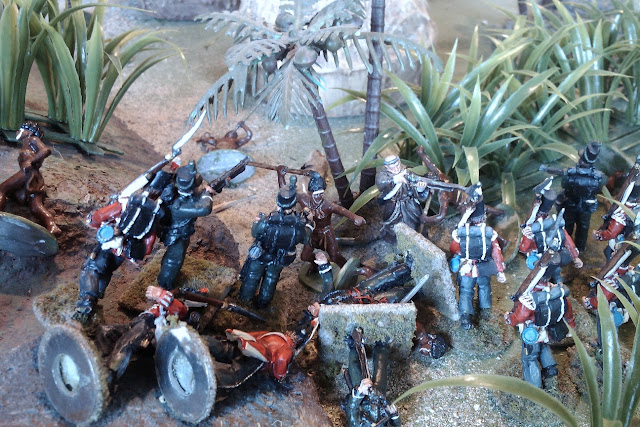 Fighting in the brush. The keeled over redcoats are the victims of terrain not enemy action. Single bases will mean new hills made from that stack of left over pine shelf boards. The native warband proved to be much more troublesome this time around and though eventually routed, they managed to take down the Victoria rifles with them. In part this was due to the Captain and Sergeant both being struck down in an ambush on the 2nd turn! 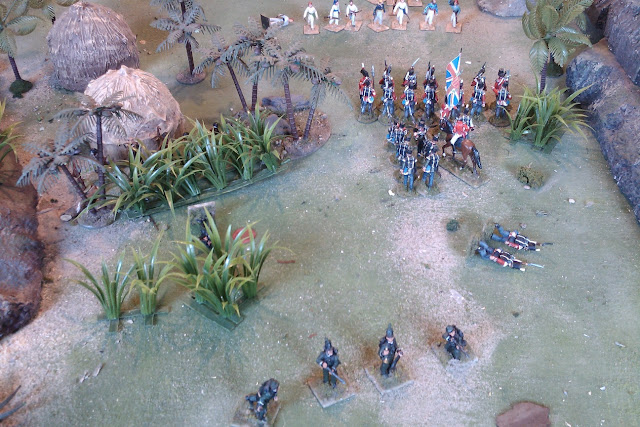 The main body presses on under artillery and skirmish fire. 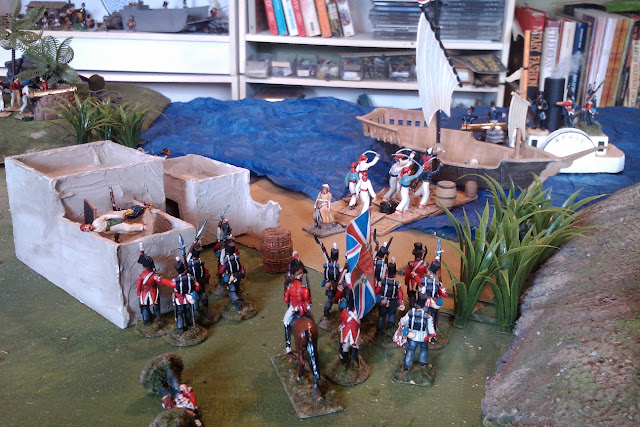 The pirates rush back to their ship as the 41st Foot storms the town and the HMS Reuse closes in on the Quai. Will they be in time? 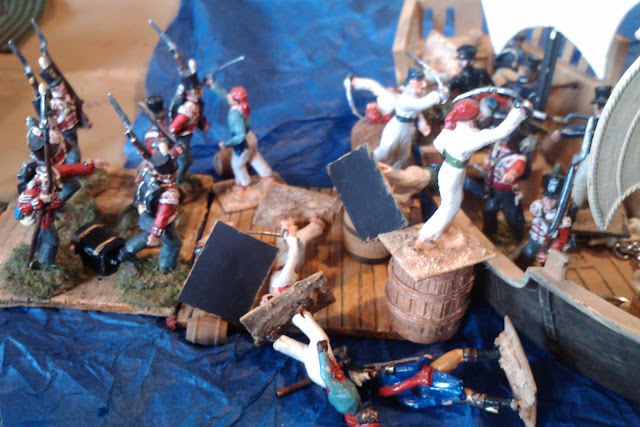 Slaughter on the Quai. The pirates were replused by the sailors and marines and caught in the rear by Grendiers. 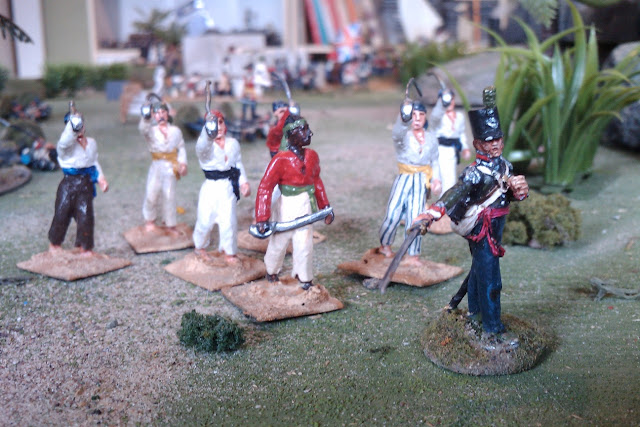 Captain Perry Lightfoot distances a screaming mob of angry pirates. The York volunteers, left to fend off the plantation force wasn't up to the chore. Badly hit by skirmish fire they were then rushed by swordsmen and broke. In a moment the fleetfooted Captain managed to rally enough men to make a final stand but it wasn't enough.


Once again it was a close fought game, this one going to the British thanks to the resolute crew of the Reuse. However, this game lasted about an hour and a 1/2, maybe a bit longer  and was action packed and eventful with constant decisions to be made all the way through. No question, for small games of this sort, this is a better set of rules.  For slightly larger battles, it is probably a toss up with HofT becoming better as the number of figures grows.
Horses for Courses is the new motto.
Posted by Ross Mac rmacfa@gmail.com