I have long had a thing for signalers, radiomen, heliograph teams, semophore signallers and so on. It may be influence from my Dad having been in the RC Signal Corps, but I blame it in part on this picture. 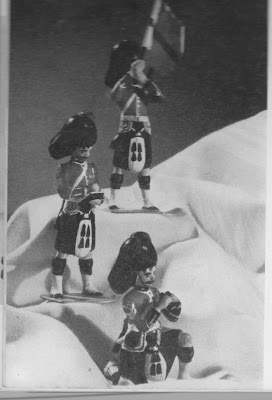 I've been wanting to do my own version of this since the late 60's when I got Henry Harris's book at Expo 67 along with Vol 1 of Funken's  Le Costume et Les Armes des Soldats de Tous les Temps. 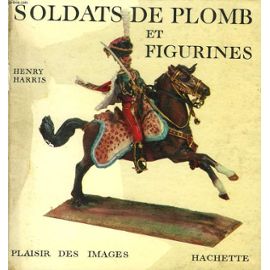 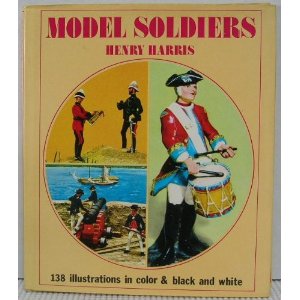 When I discovered SoldierPac and found a copy of Andrew Rose's book, I began plotting to buy the parts needed to recreate the scene, 2 standing highland officer bodies, 1 kneeling highland officer, 3 feather bonnets, 1 set of binoculars, 1 set of arms from boy scout with semophore flags, 2 extra arms. Somehow though, the order kept getting pushed back, mostly because as always money and time were scarce, I wasn't a solo gamer at the time or an idle collector and we had just started into 54mm Ancients. Soldierpac ceased trading, I largely dropped from 54mm  to 40mm and the plan became to do my  own Highland signal team from scratch while doing an Oberhilse team (converted 3 years ago and still not painted!). . Welllllll, looking through the selection of bodies and arms and heads from the new Little Britain's range. Looks like I can get what I need to put together something similar to the picture but in 42mm..

I haven't found much (ok any) evidence for or against the British Army using wig wag flags in the 50's or 60's and the heliograph doesn't really come in until the days of khaki  but I can probably support the use of .redcoated signal teams in Faraway quite early on.