Long ago and far away: The Alpian Wars

It just occurred to me that there may be some who don't follow Jeff's Saxe-Bearstein Blog and thus may be unaware that I have been taking part in a late 16thC PBEM mini-campaign.

The first battle between Murdock and myself has been fought out by solo by Jeff in accordance with our orders.  (Nothing quite sharpens your order writing like having some one else read and interpret them! ) Luckily I was able to send orders by email and didn't have to send a sailing ship  down the Bay of Fundy to the North Atlantic, down through the South Atlantic, around Cape Horn to the Pacific and up though the inside passage of Vancouver Island. Battle Reports can be found on the Alpian Wars blog.

You can also follow the thoughts of Duke Michael of Alpia on his blog. 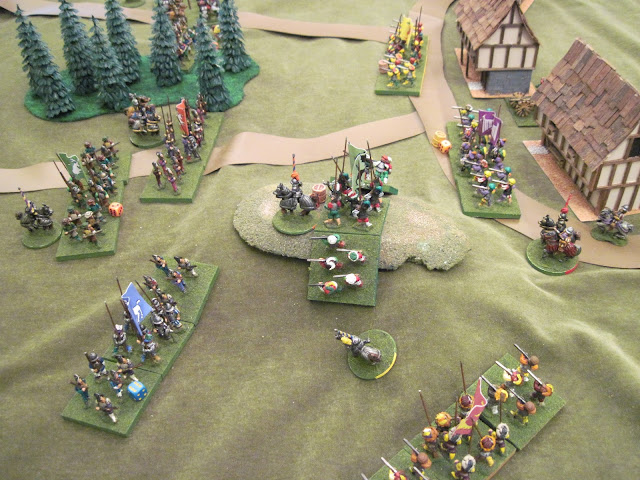 
Thanks to Murdock for being a challenging opponent  (we are talking a game where victory hung in the balance down to the last set of melee rolls) and to Jeff for hosting a very enjoyable affair.
Posted by Ross Mac rmacfa@gmail.com