Anyway, since the table wasn't fully cleared after the last game, I decided to replay it in a different period and scale. Then I tried to figure out what my "least played with recently" collection was. I came up with just one "didn't get out this year" candidate! My old 30mm SYW troops!

I had based these armies in 2013 for a  go at the Portable Wargame with Ron. Since they were least used and Bob had published the rules this year, it just seemed an ideal combination for my last game of the year. 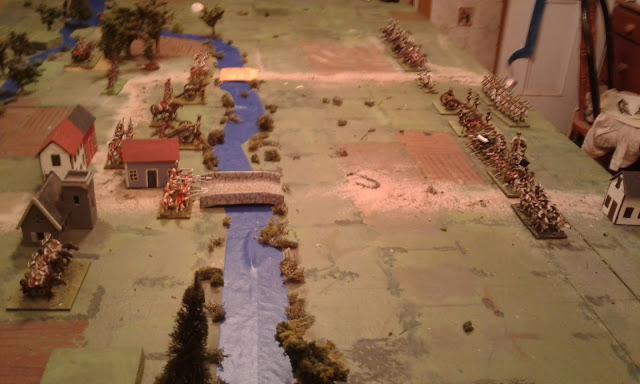