We Are Free Men!

Today saw a gathering of 10 wargamers of various sorts gathered from Halifax, the South Shore and the Valley for a day of companiable conversation, die rolling, and the slaughter of toy soldiers and cardboard counters.

At our table Jeff and Brent from the Greenwood Wargamers, Paul, Les and I of the venerable Atlantic Simulation Society founded back in the late 70's, and Gary, another veteran gamer who like the rest appears in his share of my blog posts, played a miniatures version of Epic C&C Ancients. 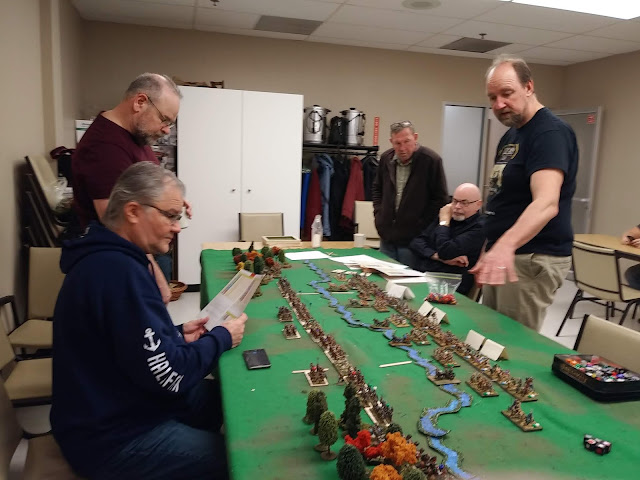 The scenario was inspired by the last battle of Boudicca's Revolt and I must say that we freedom loving Britons gave the Romans a tough fight. We held the Romans at bay and gave as good as we got to the last turn at which point their gods came to their aid and suddenly we died bravely in droves.

I'm looking forward to this becoming a regular monthly event. (Apart from the dying bit.)
Posted by Ross Mac rmacfa@gmail.com