What to do on a Sunday?

It occurred to me this week that one possible reason that several of my recent games have seemed a little dull is that I had again allowed my suppressed suspicion of randomness to coax me into limiting the range of possible combat results. 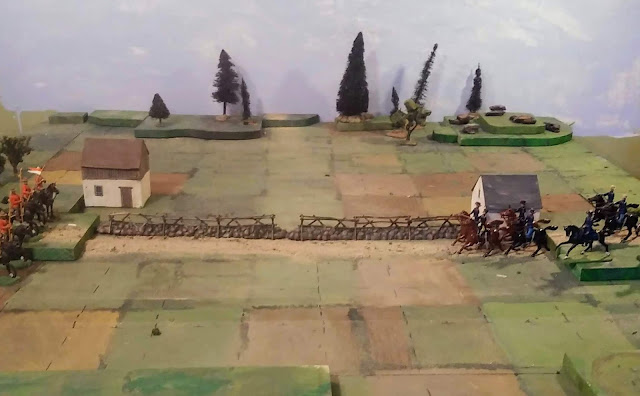 I suspect its a byproduct of having  played too much WRG Ancients at too young an age. At least I'm not rolling average dice and consulting charts but I have been making rules decisions that limit extreme results and encourage average ones. No wonder the  games have been more average and less exciting than those I imagined. It was me!  Its been a frequent seesaw battle for years, usually taking place in my subconscious where it is fairly safe but its out now and I've gone back and tweaked my 54mm rules to increase the possible range of combat and rallying results.

It needs testing though, a little game perhaps. Just the thing for a quiet Sunday.
Posted by Ross Mac rmacfa@gmail.com