One Hundred and Fifty Five Years On!

It was on this day in 1867 that the Dominion of Canada came into existence (legally/politically speaking) by the union of the 4 colonies of Nova Scotia, New Brunswick, and Upper and Lower Canada. No doubt Britain sighed with relief at the thought of no longer having to listen to the complaints of those squabbling colonies, nor be pressed to spend money on defending them from the US and the Irish, and on developing infrastructure for the colonies' interests.

A MARI USQUE AD MARE is the motto on our coat of arms, "From Sea to Sea" is the usual english rendition but there should really be another sea thrown in.  So, rather than a jingoistic picture, here's a shot of HMCS Ottawa in early July 1977, in Hudson's Bay which is technically a part of the Arctic Ocean. 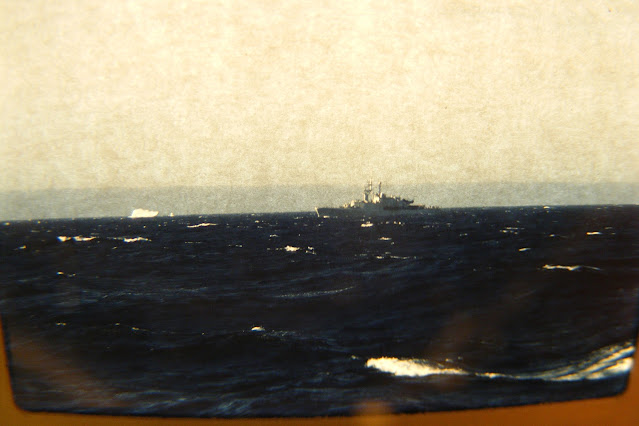 It was taken by a young, (oh so VERY young it seems now) newly commisioned, Sublieutenant, fresh out of military college 45 years ago. We didn't do the whole NorthWest Passage but at least I can claim to have sailed on three of the traditional Seven Seas.

Email ThisBlogThis!Share to TwitterShare to FacebookShare to Pinterest
Labels: nostalgia