P&P, one of the important principles drummed into my head in younger days. Surprisingly useful in civilian life as well as it turns out.

On Monday I gave my friend Les a hand in setting up his gaming table for a group game on Friday.

I'm looking forward to it and couldn't resist putting a few figures on the table for a quick pic. 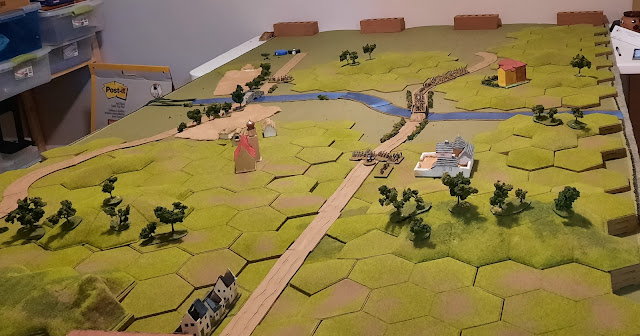 Now its back to preparing for Saturday's game. Last month I decided that I'd rather use this collection fot the Petit Guerre of raids, ambushes etc, and that the current version of MacDuff would do better than the battle rules I had been struggling with.  I also decided that the old 3 companies per battalion was better than 2.  I don't have room for 3x12 or even 8 figure companies  but I have used 6 figure companies in the past and am now in the progress of adding two figures per battalion with a Colonel to follow.

The result makes each battalion pretty close to a Charge! company but I'm OK with that. 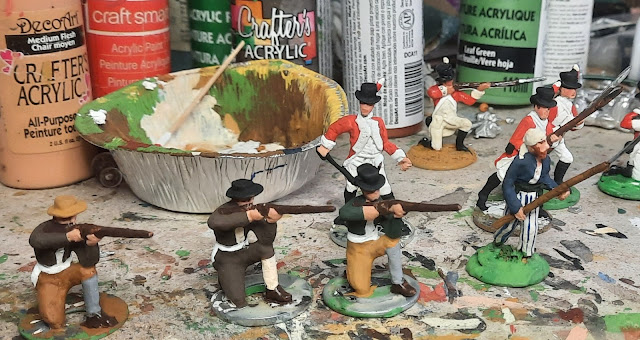 Right, I'd best get on with it then!