It occurred to me as I contemplated patterns for drawing hexes, that if I'm not drawing full hexes, it wouldn't really matter if some of them were a little bit wonky. The table would still be split into areas with the right overall patterns. A half inch here or a few degrees there wouldn't matter, the distance would still be 3 hexes and within the hex pattern defining a certain arc.  While on one of my morning walks, it also occurred to me that the surrounding fields and pastures are full of variations and especially little lines of colours where a bit of taller grass grows in a damp patch or where a path has been trod and so forth. 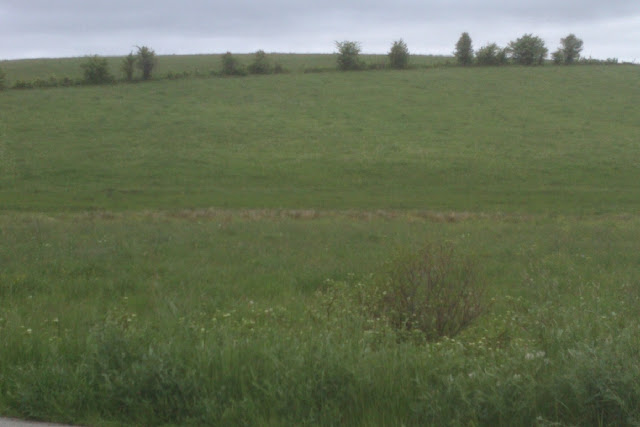 A row of hay that got missed in the foreground, line of bushes between fields in the background. 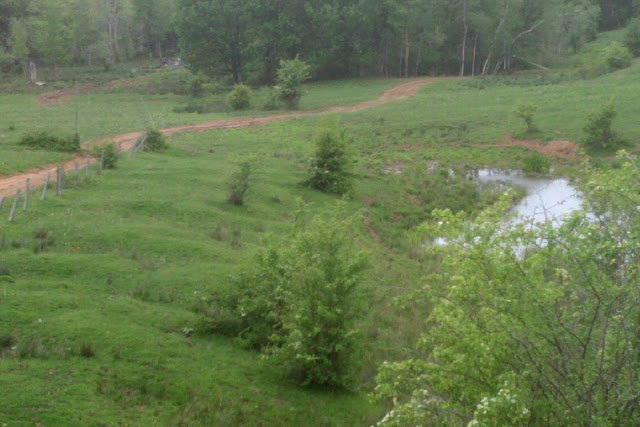 A track, a stream and pond too small to play a role in anything but a skirmish game and some bushes, all good hex angle or side markers. 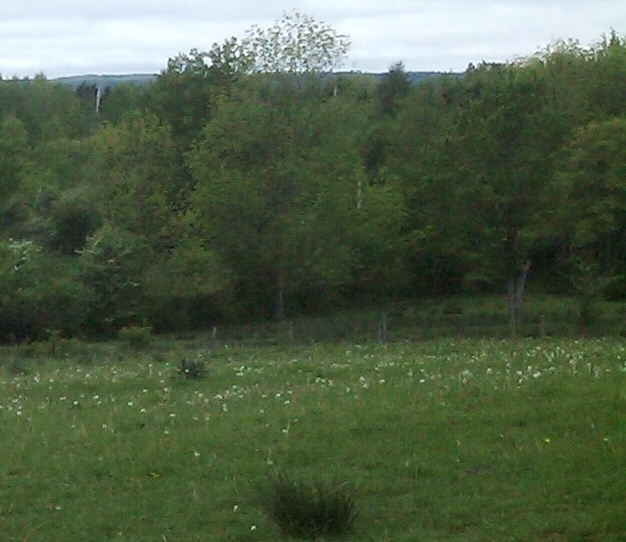 Another line of bushes (and trees) between fields. Very common here and in the areas where many of the War of 1812 battles were fought. 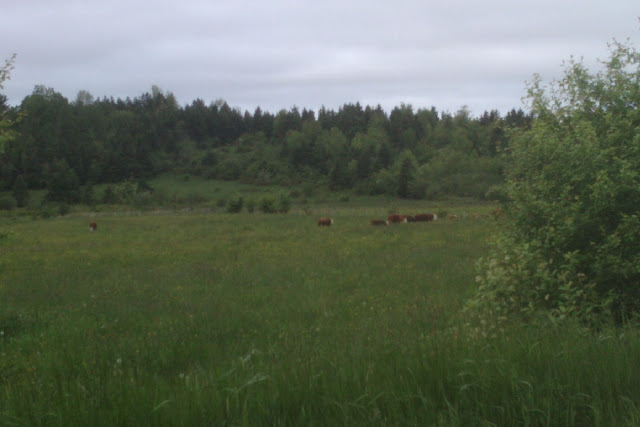 Yellow flowers (ok weeds for those who don't care for dandelions amidst other wildflowers) help change the colours of the field in the foreground vs the one in the back, beyond the ubiquitess dark green line of bushes.


Its times like these that I wish I had a stronger artistic bent and some training, or at least that my sister lived closer to advise me. As bright a green as my table seemed to me when I painted it, its still too dark but the  only things as bright as the brighter green that I highlighted with, were some patches of ferns that I passed. More tans and yellows are needed with dark green.....hmmh.... highlights is not the right word, darker contrasting patches.  Of course, this is all for a Spring table. Many of the 1812 battles I'll want to fight took place in the Autumn so really a lot of yellows, browns and tans suitable for dried grass and dead leaves ought  to predominate but I'm not going to repaint my table for every battle so will settle for something suitably bucolic.

A soft medium/dark green paint would have been good but I was in my usual "Irregular D" uncontrolled advance mode and started with what was to hand, a green felt pen. Anyway, perhaps this fall I'll repaint the base coat and start over again but for now, I'll just keep slowly working on  it and experimenting with colours in between some test games. The goal is to breal up the monotones and to have the hex grid clear enough to play in but not as "in your face" as a clear printed grid. 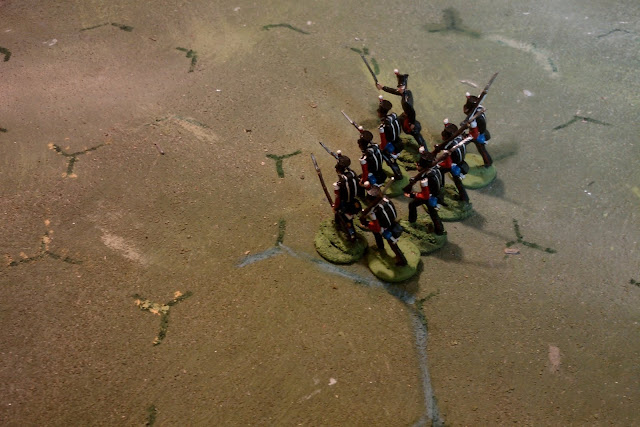 8 singly based 40mm figures fit comfortably. If based shoulder to shoulder on multi-figure bases, 12 figures per hex should work for the Scruby, Zinnbrigade and my own homegrown figures should I wish to go that route. I need to determine what a "unit" will be for the War of 1812, I expect about 1/2 or 1/3 a battalion or 200-300 men. 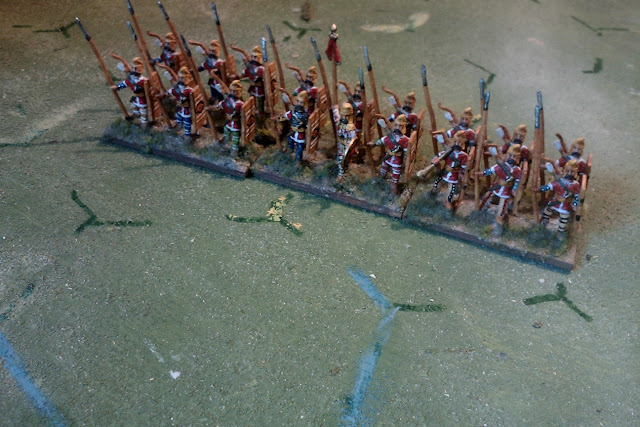 25mm Persians experimenting with a proposed 3 x 60mm bases per unit, occupying 2 hexes. If this works, it would allow the use of existing 25mm troops without rebasing onto something "odd".


I also forgot for a short spell, to stop  and measure to make sure that my template wasn't creeping too far off true. Oh Well, once the clouds of smoke start drifting across the field, no one will notice. If I get some hills cut this afternoon, tomorrow, I"ll roll some Dice!