The plan was to write up some background, notes on translating it onto my table, then later, a battle report,  but the sun came out and after a weekend of playing catch-up in the garden I am tired, slightly sun burnt and not up to a long blog post. 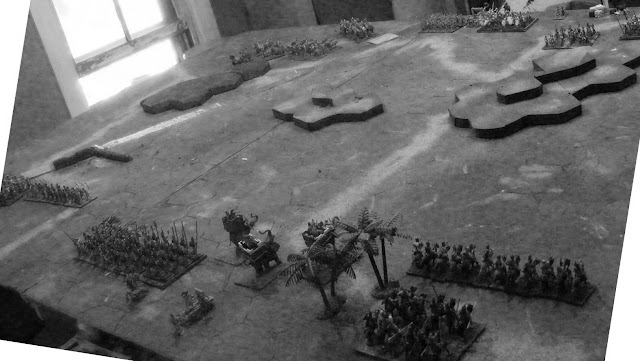 I did manage to work through a quick game, a few minutes here and there, but was a little too sun dazed and was relying on faulty memory of the latest draft of rules. 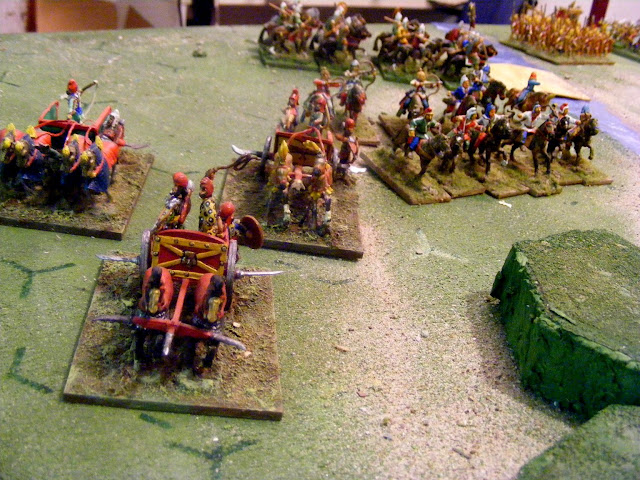 On the right, the Persians with their scythed chariots fill in for the Hyperboreans.

On the left, with Egyptian allies including never before heard of Egyptian elephant corps, the Lydians fill in for the Hyrkanians
Even disregarding the memory lapses, the first attempt at adapting the rules to make some use of the hexes was not  a complete  success. I'm not sure exactly why but it didn't "feel" quite right and there were a few obvious but unforeseen flaws in the sequence of play. I've tinkered with the rules (in my head) and have reset the game after a fairly convincing " Hyrkanian"/Lydian victory. On Monday, the game will be played "for real". . 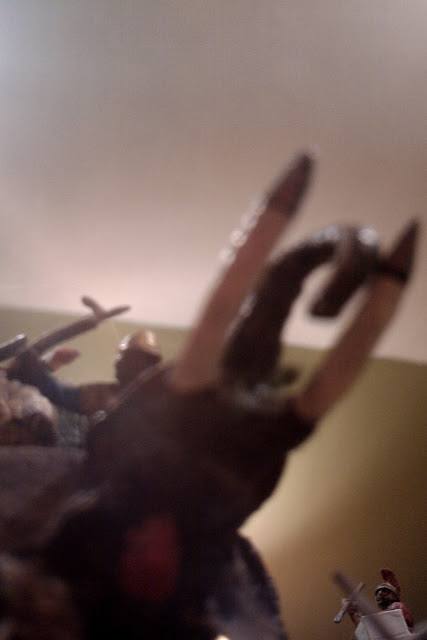 A Mede's eye view of a Lydian elephant.
Posted by Ross Mac rmacfa@gmail.com