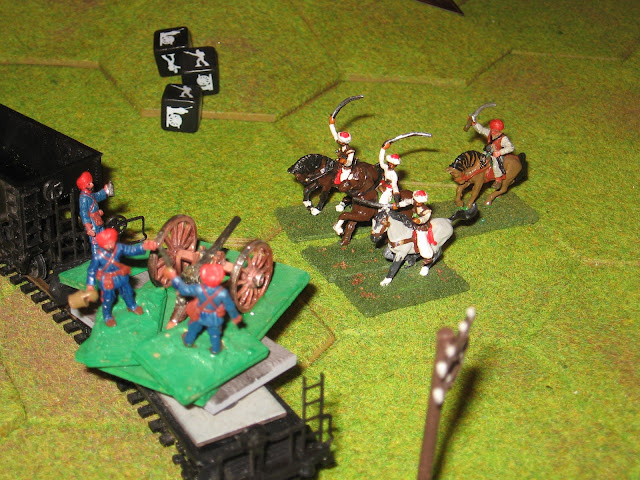 Rakub Khan leads his cavalry against the rear of the second train.

Having taken over the train, I switched out the units placing a field gun on the rear car, a naval gatling on the front and bringing in the 60th to replace the Ghurkas and Sikhs to replace the Fusiliers,  My plan was to avoid fighting and clear the barricade as quickly as possible and make my escape. The first few turns went pretty much as planned, once again I drew the reinforcement card and was blessed with a troop of Bengal Lancers who helped clear the way as did another Ammo card which sent one of the Afghan tribes back out of harms way. The Sikhs dismounted and cleared the blockade as Rakub Khan and his cavalry attacked the gun on the back. The gunners put up a deplorable fight but eventually the train pulled away with Rakub Khan in hot pursuit. 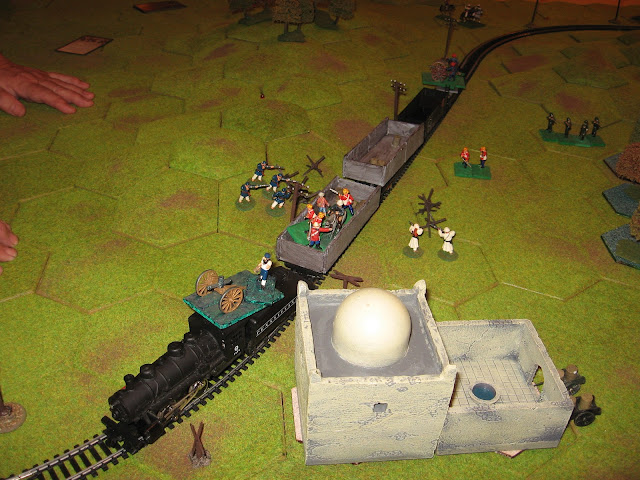 For a while it looked like I might get away with casualties but without losing any units. However, the lancers got caught by a new assault by tribesmen were wiped out and I realized that two of my infantry  units were being left behind! 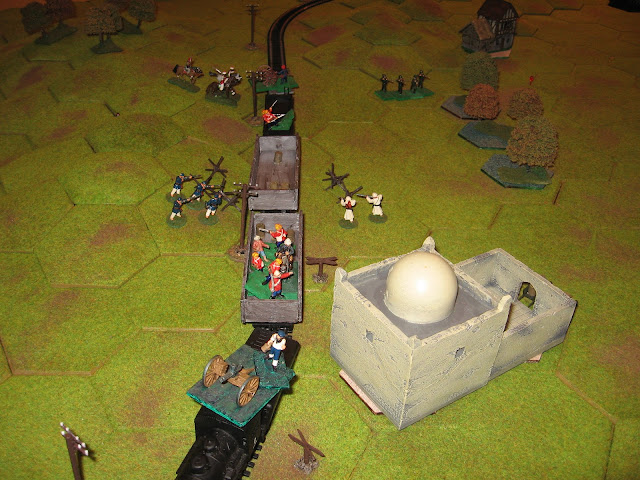 If things were desperate I could have ordered the Sikhs and Rifles to form a rearguard and march home while I went off with the train but I didn't think it would look good in the papers especially if they got cut up but even if they didn't. So I ordered the train to halt,  sounded Recall, on the Double (Forced March card) then dismounted with my last platoon to help clear the way for them. 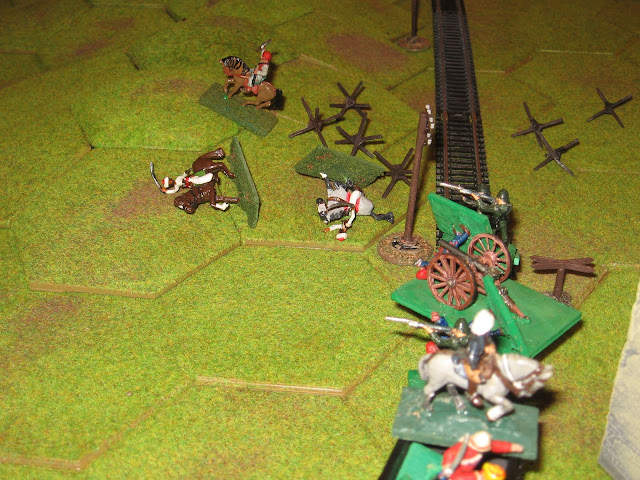 It was nip and tuck. The relentless Rakub Khan kept at the gun until the last gunner  was hit and his infantry boarded the train in the middle and caused heavy casualties to the Rifles as they rushed back. It was crisis time but I led a charge that drove off the tribesmen and the Rifles rallied and shot down the cavalry leaving Rakub Khan to wave his tulwar in defiance as the train slowly regained speed.
Posted by Ross Mac rmacfa@gmail.com