May I have the envelope please? 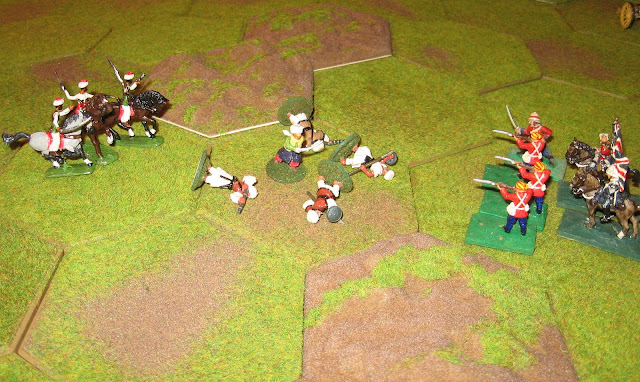 The final shot of yesterday's game. Only the Chieftain of the White Turban tribe is left standing.

Well, yesterday may not have been a great victory for Makpha Khan in his first action but he survived a long day of battle and by the time his tribesmen broke and ran it was too late for the British to march through the pass before dark. More than that it was a cracking game.

This morning I set about flocking the last 50 washers. Got 30 done, bringing the total for the week to over 150 and hit the wall. In a desperate attempt to find something else of equal importance to do, I turned to Confederate flags. I know, I have an inkjet printer and have downloaded flags from Warflag on my hard drive but thinking about mucking about on my temperamental laptop getting the graphics program and printer to agree on the exact size I wanted and trying to get the colours solid enough, well, it just seemed easier to paint them even if the lines are a little ragged and the stars are a bit wonky. At an hour, it was probably quicker for me anyway. 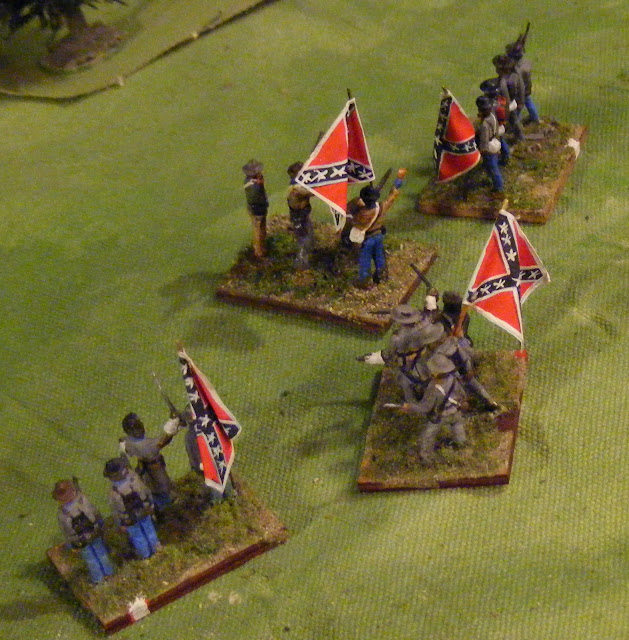 Now, the results of the poll are in. There was a worrisome 4 way tie last night, 2 votes a piece but by closing time we had a winner and a runner up.  In the meantime, while the 5'x6' table might have been adequate for my 40mm skirmishes, I figured the 1/72nd lads needed a little more room. So tonight, the runner up will appear on a 5'x8' table. . 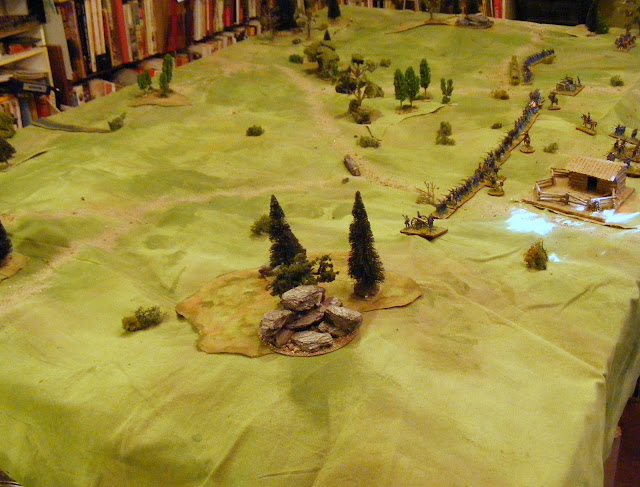 Tomorrow, the Red Queen's army tries to take the Blue Army to the washers. (sic)