About an hour after the morning patrols headed out, a swarm of Oerbergers rode over the hills.


Today didn't go quite as planned though. I had various duties elsewhere, not to mention distractions, and it was late afternoon before I could sort out the armies, scrape up Oerberg reinforcements,  review the rules, sort out a scenario, and get the game underway. All under the watchful eye of an omnipresent, hungry, female cat lacking the late Hector's affinity for toy soldiers. 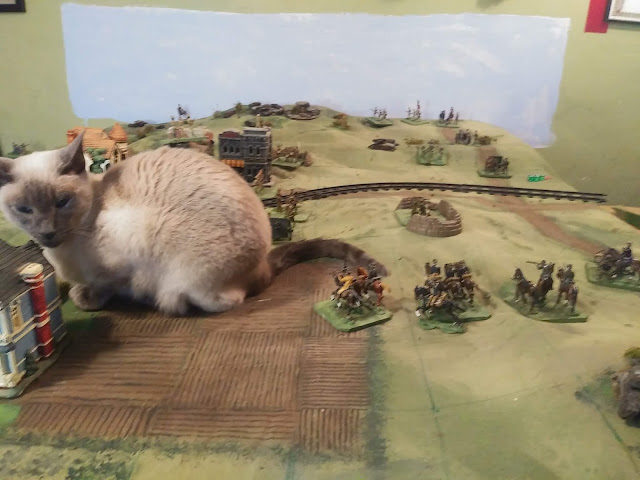 As the fifth turn drew to a close, just a little later then the usual feeding time at the zoo,  Minnow finally decided it was time for me to go back on duty and feed the hungry masses, or her anyway. 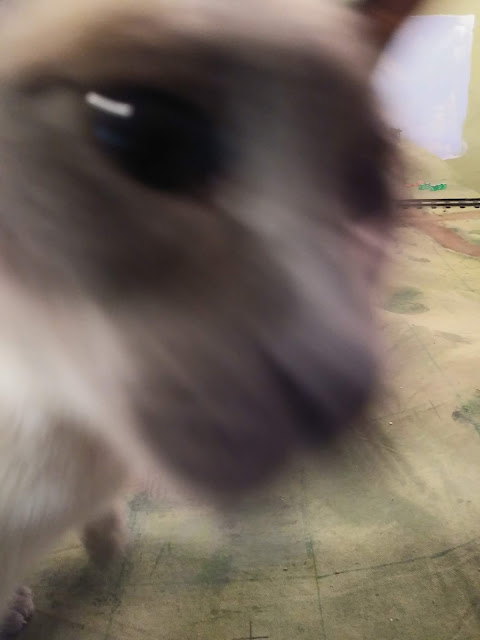 The game will resume tomorrow with a battle report ready for Monday morning if all goes well.
Posted by Ross Mac rmacfa@gmail.com